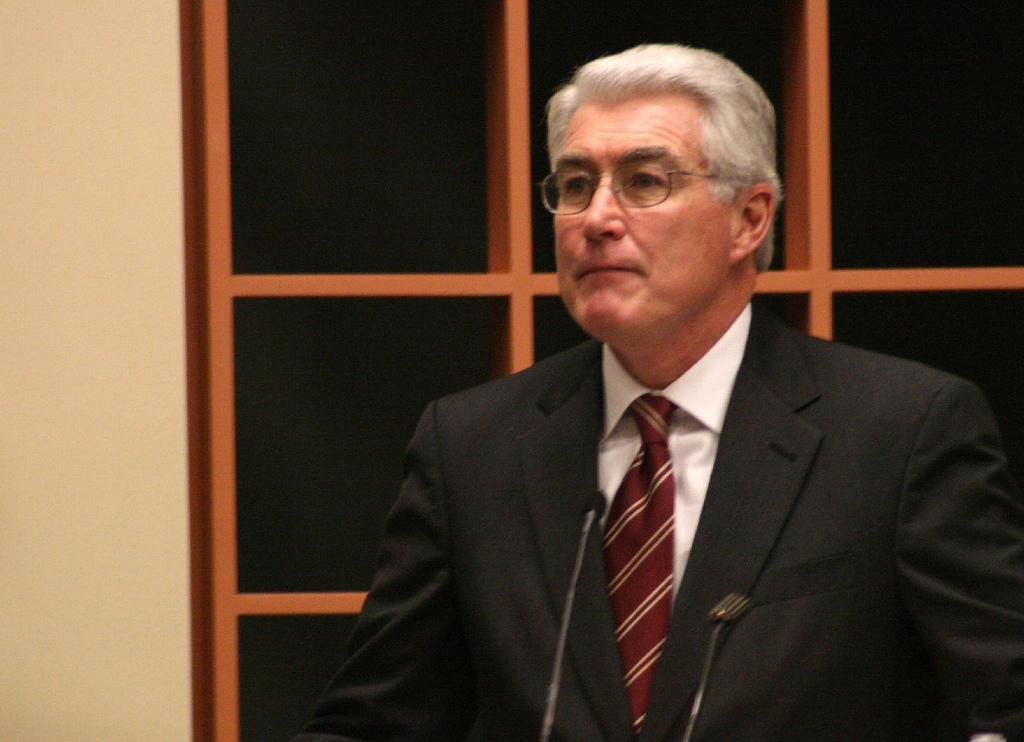 Edgar was born in and was raised in . He graduated from Charleston High School, attended for one year before graduating from , also in Charleston. A Republican, he was a member of the between 1977 and 1979. Five months after Edgar's 1978 reelection to the Illinois House (April 1979), Governor Jim Thompson named him his legislative liaison. Two years later, when then-Secretary of State moved to the U.S. Senate, Thompson named Edgar to fill the vacancy in early 1981. In 1982 and 1986, Edgar won the office on his own and was the secretary of state until 1991. He married Brenda Smith of and has two children, Brad and Elizabeth. [ [http://www.idaillinois.org/cdm4/document.php?CISOROOT=/bb&CISOPTR=42197&REC=11 Illinois Blue Book] 1997-1998.]

In 1990, Edgar won the first of his two terms as governor, winning the Republican primary against Steve Baer, and then elected in a close race against his Democratic opponent, Illinois Attorney General . In 1994, he defeated Conservative challenger in the Republican primary, and was reelected by a wide margin carrying 101 of the state's 102 counties in the General election against Democratic opponent, state comptroller and former state senator .

In the elections of 1992 and 1994, the Republicans succeeded in capturing both houses of the state legislature and all statewide offices, putting Edgar in a very strong political position. He advocated increases in funding for education along with cuts in government employment, spending and welfare programs. Due to his moderate views that appealed to Republicans and Democrats alike, he has been considered one of the most respected and popular governors in Illinois history, having been reelected by a large margin and leaving office with approval ratings well over 60%.

By the time he left office in January 1999, Governor Edgar had eliminated the backlog in payments of the state's bills, given the state a surplus and reduced the size of state government. He had also fought for and won passage of historic legislation on the way Illinois schools are funded and had overhauled the state's child welfare system.fact|date=June 2007

On February 28, 1991 Edgar declared March 13 as "L. Ron Hubbard Day" in honor of the late founder of the Church of Scientology. He stated that Hubbard's "writings on the mind and human spirit have helped millions of people lead better lives. His literary works have enriched the lives of many readers" and "has solved the aberrations of the human mind." However, Edgar issued a short one-sentence proclamation on March 26, 1991, stating that his original proclamation was rescinded. [Phoenix Gazette, 3/30/1991] [Time Magazine 5/6/1991]

Despite his overwhelming popularity, two incidents during his second term served to taint Edgar's tenure in office. During his second term, the relationship between his re-election campaign and Management Systems of Illinois (MSI) came under federal scrutiny. Apparently, MSI, who had served as Edgar largest campaign contributor, was granted a "sweetheart contract" that cost the people of Illinois an estimated $20 million in fraudulent overcharges. Eventually, a number of both private citizens and state employees were convicted in federal court and sent to prison for their involvement in what had come to be known as the "MSI Scandal". Edgar was not charged for any crimes, but the incident tainted his administration. [New York Times, 7/30/1997, 8/17/1997]

When U.S. Senator announced in spring 2003 that he would not run for re-election in 2004, the Bush administration approached Edgar about running for the seat. Due to his overwhelming popularity that still exists today, Edgar was seen as a very formidable Senate candidate.

Edgar seemed likely to enter the race, but he suddenly announced he would not seek the seat, saying instead that he was giving his wife an early gift. His medical problems (he had recently undergone heart surgery) were also cited. The Senate seat eventually went to Democrat .

After months of speculation that he was once again considering getting back into politics, Jim Edgar announced on at a press conference that he would not challenge Governor in 2006. Tearfully, Edgar said that he has reached the end of his political career.

Edgar currently serves as a distinguished fellow of the Institute of Government & Public Affairs at the University of Illinois in . [Institute of Government and Public Affairs University of Illinois. [http://www.igpa.uiuc.edu/about/staff/edgar.asp Edgar biography] .] Edgar also serves on the Board of Directors of Friends of the World Food Program, a non-profit that supports the UN World Food Program and global hunger relief efforts. [http://www.friendsofwfp.org] .

Edgar gave the commencement speech at the University of Illinois College of Law graduation in May 2008.