Halo effect
For the books of the same name, see Halo Effect (disambiguation).

When we judge the looks of John Ausonius, it could matter if we think he is a) a blossoming movie star, b) an award-winning scientist, or c) a bankrobber and attempted serial killer.

Edward Thorndike was the first to support the halo effect with empirical research. In a psychology study published in 1920, Thorndike asked commanding officers to rate their soldiers; he found high cross-correlation between all positive and all negative traits. People seem not to think of other individuals in mixed terms; instead we seem to see each person as roughly good or roughly bad across all categories of measurement.

A study by Solomon Asch suggests that attractiveness is a central trait, so we presume all the other traits of an attractive person are just as attractive and sought after.

The halo effect is involved in Harold Kelley's implicit personality theory, where the first traits we recognize in other people influence our interpretation and perception of later ones because of our expectations. Attractive people are often judged as having a more desirable personality and more skills than someone of average appearance.

Karen Dion's 1972 study showed the same result. She set an experiment in which she showed photographs to people, and asked them to make a judgment of the people in the photos. In the result, attractive people are assumed to have a good personality as well as being sexually warm and responsive.

The term has also been used in regard to human rights organizations who use their status but move away from their stated goals. For example, Gerald M. Steinberg, the founder and president of NGO Monitor, claims that non-governmental organizations (NGOs) take advantage of a "halo effect" and are "given the status of impartial moral watchdogs" by governments and the media.[1] 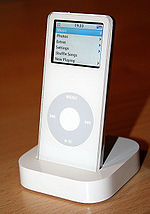 As a business model

In brand marketing, a halo effect is one where the perceived positive features of a particular item extend to a broader brand. It has been used to describe how the iPod has had positive effects on perceptions of Apple's other products.[4] The effect is also exploited in the automotive industry, where a manufacturer may produce an exceptional halo vehicle in order to promote sales of an entire marque. Modern cars often described as halo vehicles include the Dodge Viper, Ford GT, and Acura NSX.[citation needed]

In 1977, social psychologist Richard Nisbett demonstrated that even if we were told that our judgments have been affected by the halo effect, we may have no awareness of when the halo effect influences us.[5][6]