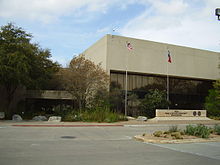 The headquarters of the department 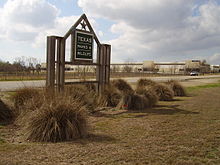 The Texas Parks & Wildlife Department (TPWD) is a Texas state agency that oversees and protects wildlife and their habitats. In addition, the agency is responsible for managing the state's parks and historical areas. Its mission is to manage and conserve the natural and cultural resources of Texas and to provide hunting, fishing and outdoor recreation opportunities for the use and enjoyment of present and future generations.

The Texas Parks and Wildlife Department was formed in 1963, when the State Parks Board and the Game and Fish Commission were officially merged.

The agency employees over 3500 permanent employees, and 300 interns every summer, from every field of study. Intern programs vary but are typically 12 weeks long and go from May until August.[4] 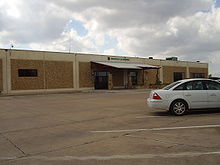 The department is made up of eleven divisions:

TPWD operates 93 Parks and 140 offices across the state of Texas.

TPWD publishes a monthly magazine available both in print and online, known as TPM Magazine.[6]