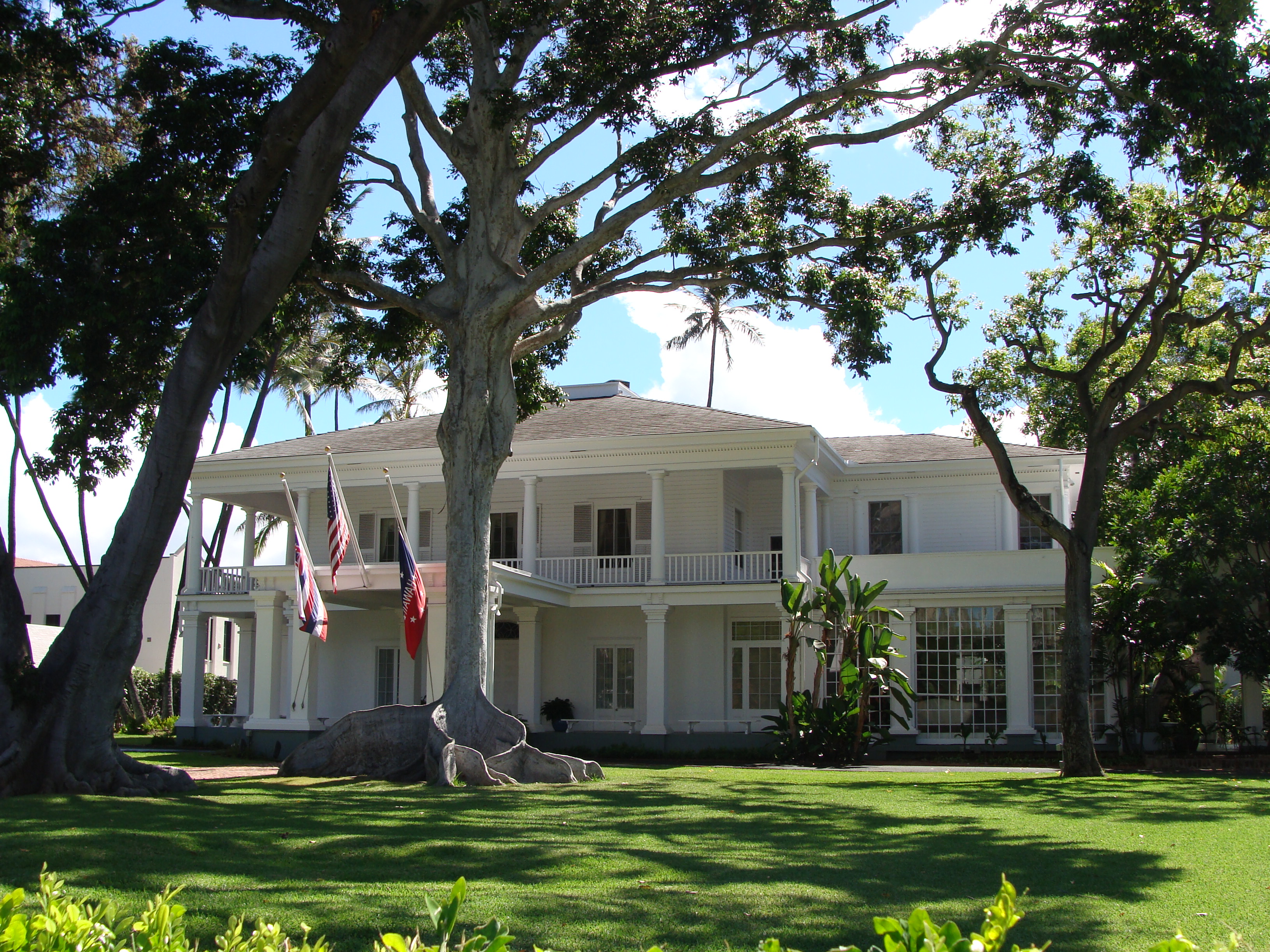 Washington Place is a home in the Capital District in Honolulu, Hawaiokinai It was where Queen Liliokinauokalani was arrested during the overthrow of the Hawaiian Kingdom. Later it became the official residence of the Governor of Hawaiokinai. It is a , designated in 2007. The current governor's residence is located on the same grounds as Washington Place.

The home was constructed from 1844&ndash;1847 for an American merchant, , who was lost at sea, in 1846, just as the house was nearing completion. His wife, Mary, then converted the home into a boarding house. One of the first borders of the home was , an American Commissioner to the islands appointed by President . Ten Eyck was credited for naming the house "Washington Place", in 1848, after in celebration of the first US president's birthday.

The foundation of the building, the lower level walls and the lower columns are constructed of stone. The upper floor is of wood frame construction. Washington Place conforms to period Greek Revival houses that were built along the lower Gulf-Coastal region of the southeastern United States. The home was constructed with an almost square core surrounded by a , a two tiered , s on its upper floor, and a hipped roof. The interior of the home is arranged in a traditional Georgian floor plan, with four distinct s on the first floor and four bedchambers on the second floor.

, made Washington Place his home from 1849&ndash;54. Lee was instrumental in integrating a Western legal system in the Hawaiian Islands, based upon the model. Lee also authored the , which introduced private land ownership into Hawaiian culture.

Lydia Kamakaeha Paki, the future Queen Liliokinauokalani and the to the throne of the Kingdom of Hawaiokinai, married , the son of John and Mary Dominis, in 1862, making Washington Place the private residence of the princess and future queen.

Arrest of the Queen

In 1893, Washington Place was the site of the dramatic events of the . It was there that the queen was arrested by the new governmental forces that were aided by a detachment of . The Republic of Hawaii tried the queen before a military tribunal, where she was charged with concealment of treason against the new government, the Republic of Hawaiokinai. She was convicted and was confined for several months at Washington Place after her release from imprisonment at okinaIolani Palace.

Beginning in 1918, Washington Place became the Executive Mansion for twelve governors of Hawaiokinai. Technically it was the residence of 13 governors because John Owen Dominis, the queen's consort, was governor of the island of Ookinaahu from 1863 to 1891. The home served in this role until 2002, when it became a historic house museum. The home is listed on the and was designated a in 2007. [http://the.honoluluadvertiser.com/article/2007/Apr/04/br/br8571324960.html]

On May 14, 1921, the territorial legislature of Hawaiokinai purchased the building, for $55,000, from the estate of Queen Liliokinauokalani.

In her book, "Hawaiokinai's Story by Hawaiokinai's Queen", Liliokinauokalani described the building as "a palatial dwelling" and a "choice tropical retreat in the midst of the chief city of the Hawaiian islands."