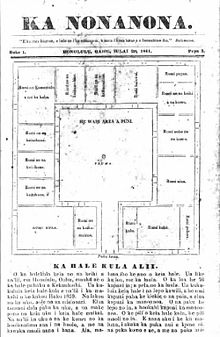 The diagram of the Chiefs' Childrens School which appeared on the front page of the Hawaiian newspaper Ka Nonanona on July 20, 1841

The Royal School was a historic school founded in 1839 in Honolulu. Its original name was Chiefs' Children's School. 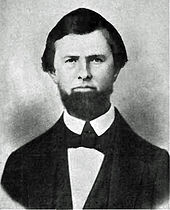 The Chiefs' Children's School was founded by King Kamehameha III of the Kingdom of Hawaii as a boarding school to educate the children of the Hawaiian royalty (aliʻi). The school was first located where the ʻIolani Barracks stand now. The need for the school was agreed upon during the general meeting of the mission in June 1839. The buildings were ready by 1840, and two more students were added in 1842.[1] Princess Kekaʻaniau claimed that the King chose 14 of the children personally, excluding the last two alumni William Pitt Kīnaʻu and Mary Polly Paʻaʻāina. No school in Hawaii has ever produced so many Hawaiian leaders in one generation.

The main goal of this school was to raise the next generation of Hawaiian royalty to become Christian rulers. Seven families that were eligible under succession laws stated in the 1840 Constitution of the Kingdom of Hawaii and that had converted to Christianity, who were Kamehameha's closest relatives, made up the whole of the school. They were: 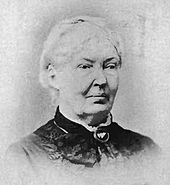 It was run by Amos Starr Cooke and Juliette Montague Cooke from the American Board of Commissioners for Foreign Missions.[3] It was a long, two story frame building with a large dining room and separate sleeping quarters for the children and for the Cooke family. There was also the New England parlor, furnished with handmade and treasured furniture sent from home, and with much brought from China. It resembled nothing Hawaiian in its appearance nor its atmosphere. The royal children were taught how to act like Americans and to speak like Americans. The Hawaiian kahu (traditional caretaker of children) John Papa ʻĪʻī was selected as assistant teacher.[4]

In 1846 the Kingdom government took over funding of the school under the Minister of Public Instruction Richard Armstrong (1805–1860). By 1848 the school declined as the children graduated or married. For example, Moses left school in 1847 to live with his father and died in the 1848 measles epidemic. Jane married Mr. Jasper. Missionary children were also allowed to attend in 1849. It was moved to its present location in 1850 and became a day school instead of a boarding school. The next principal was Edward Griffin Beckwith (1826–1909) until he became president of Oahu College (now Punahou School) in 1854. In 1853 it had 121 students, of which only 8 were pure Hawaiian and 18 part Hawaiian.[5]

It is not to be confused with Punahou School, which was also founded by Protestant missionaries, but for their own children in 1841.