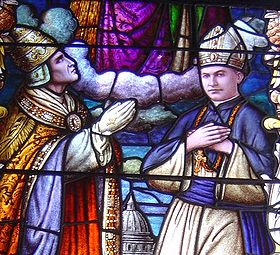 Depicted next to Pope Pius XI and below Saint Joseph, Patron of the Universal Church, is Bishop Stephen Alencastre who was the fifth Vicar Apostolic of the Hawaiian Islands.

The Roman Catholic Bishop of Honolulu is the residential bishop of the Roman Catholic Diocese of Honolulu in the United States, which encompasses the entire state of Hawaii and the unincorporated Hawaiian Islands. The Honolulu diocese is a suffragan see in the metropolitan province of the Archbishop of San Francisco. The Bishop of Honolulu is a member of the United States Conference of Catholic Bishops. He has two ecclesiastical seats: the Cathedral of Our Lady of Peace and the Co-Cathedral of Saint Theresa of the Child Jesus, both located in the City of Honolulu.

Previous to the canonical erection of the Diocese of Honolulu, a single priest led what was the Prefecture Apostolic of the Sandwich Islands. The prefecture apostolic was later incorporated into another ecclesiastical territory, led by a bishop serving as Vicariate Apostolic of Oriental Oceania. The prefecture was later elevated to a vicariate apostolic. The phrase "Sandwich Islands" was later deleted and replaced by "Hawaiian Islands". Five bishops have led the Vicariate Apostolic of the Hawaiian Islands. All bishops were members of the Congregation of the Sacred Hearts of Jesus and Mary.

Four residential bishops served the Diocese of Honolulu as ordinaries. On May 17, 2005 Pope Benedict XVI appointed the fifth bishop of Honolulu Msgr. Clarence Silva, who was consecrated and installed on July 21, 2005. 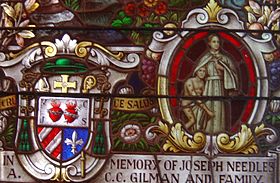 Bishop Herman Koeckemann was the second Vicar Apostolic of the Hawaiian Islands. His coat-of-arms and an image of Blessed Damien of Moloka‘i adorn the Cathedral of Our Lady of Peace.

Under civil laws, the Bishop of Honolulu acts as president of the Roman Catholic Church in Hawaii as corporation sole. He oversees several agencies and departments that include but are not limited to: Augustine Educational Foundation, Catholic Campus Ministry, Catholic Charities, Department of Religious Education, Ethnic Ministry, Office of Worship, Eastern Catholic Vicariate, Saint Stephen Diocesan Center, Social Ministry, Diocesan Tribunal. He is also the publisher of the Hawai‘i Catholic Herald newspaper.

All those who served as Vicar Apostolic of the Hawaiian Islands or Bishop of Honolulu are buried in the Honolulu Catholic Cemetery, with the exception of Bishop Louis Maigret, Bishop James Sweeney, Bishop John Joseph Scanlan and Bishop Joseph Anthony Ferrario. Bishops Maigret and Scanlan were buried in the crypt of the Cathedral of Our Lady of Peace. Bishop Sweeney was buried in his family crypt in Holy Cross Cemetery in Colma, California. The location of the remains of the Vicar Apostolic of Oriental Oceania, Bishop Etienne Jerome Rouchouze are unknown. He is believed to have died at sea in a shipwreck. The remains of the only Prefect Apostolic of the Sandwich Islands, Msgr. Alexis Bachelot, SS.CC. are believed to be buried on Naha in the Marshall Islands. 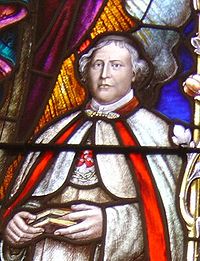 The first bishops were members of the Congregation of the Sacred Hearts of Jesus and Mary. The founder of their order, Pierre Coudrin, is honored with a Cathedral of Our Lady of Peace stained glass window.

Prelates are listed below with their terms of service and titles held while in Hawaii. Msgr. Alexis Bachelot lead the Prefecture Apostolic of the Sandwich Islands.

Msgr. Libert H. Boeynaems was the fourth Vicar Apostolic of the Hawaiian Islands. A Belgian prelate, his crest adorns the Cathedral of Our Lady of Peace.