The Legislative Districts of Valenzuela City, namely the first and second districts, are the representations of the City of Valenzuela in the Philippine House of Representatives. It was represented as part of the second district of Bulacan from 1907 to 1972, and of Region IV from 1978 to 1984. Valenzuela was grouped together with Navotas and Malabon as the parliamentary district of Malabon-Navotas-Valenzuela for representation in the Regular Batasang Pambansa from 1984 to 1986. It was granted its own representation in the restored House of Representatives in 1987, and was divided into two districts after its city charter (Republic Act No. 8526)) was approved on February 14, 1998 and ratified on December 30, 1998. 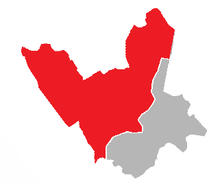