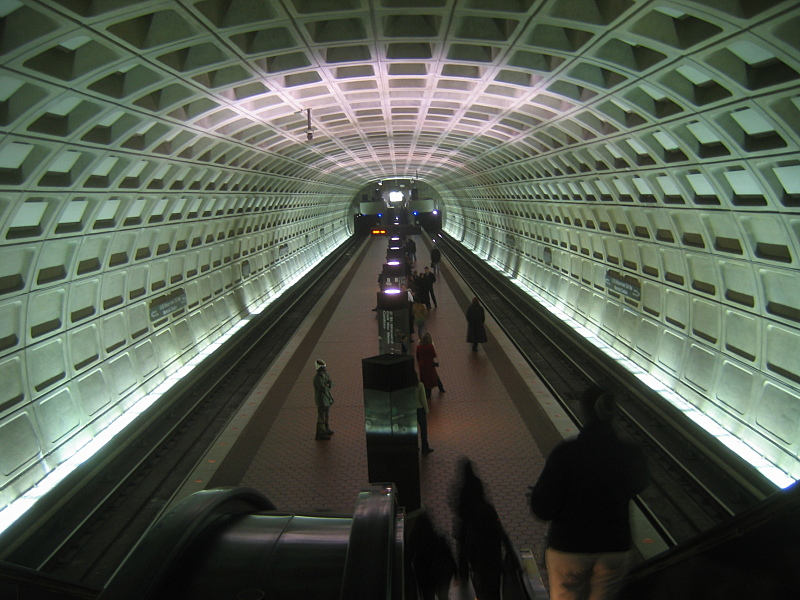 U St/African-Amer Civil War Memorial/Cardozo is a station in on the Green Line. It is also served by the Yellow Line during off-peak times.

The station is located in northwest Washington and serves the U Street neighborhood; nearby attractions include the Lincoln Theatre, the historic restaurant , and several s, including The Black Cat and . The station is approximately five blocks east of the neighborhood of .

The station is single-platform with entrances at opposite ends, both on U Street at 10th and 13th Streets. "Cardozo" was added to the name just before opening, and refers to the nearby Cardozo High School. "African-Amer Civil War Memorial" was added in when the was completed at U Street and Vermont Ave NW. Service at the station began on , . With this designation, this station has the longest name in the Metro system, at 44 characters; the shortest station name is Takoma.

On , , Metro Transit Police Officer Marlon C. Morales was killed in the line of duty at this station, while intervening in a fare dispute. A plaque exists outside the 13th Street entrance in his honor. [ [http://www.wmata.com/about/MET_NEWS/PressReleaseDetail.cfm?ReleaseID=523 Metro press release: Metro Transit Police to Honor Officer Marlon Morales With a Special Plaque at the U Street-African American Civil War Memorial/Cardozo Metrorail Station ] ]