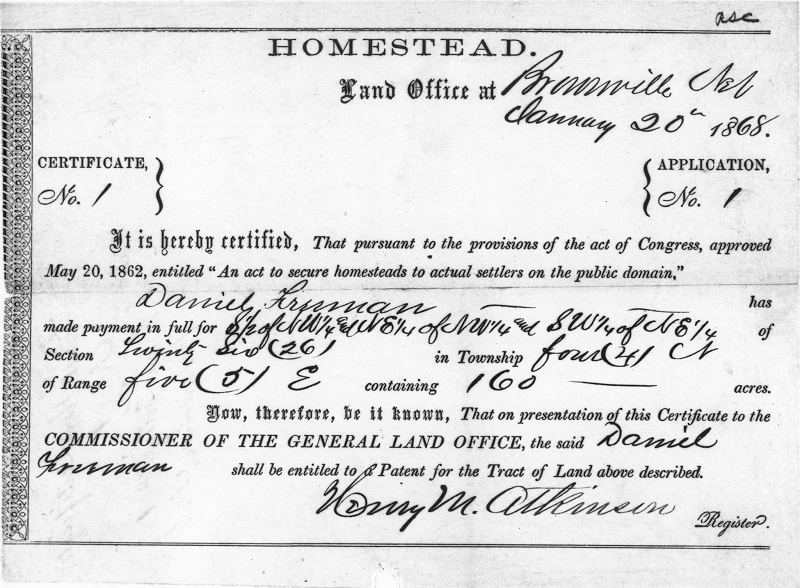 thumb|Certificate of homestead given under the Homestead Act in Nebraska, 1868.The Homestead Act was a that gave an applicant freehold title to 160 s (one quarter section or about 65 s)-640 s (one section or about 260 s) of undeveloped land outside of the original 13 colonies. The new law required three steps: file an application, improve the land, and file for deed of title. Anyone who had never taken up arms against the U.S. Government, including freed slaves, could file an application and improvements to a local land office. The Act was signed into law by President on ,