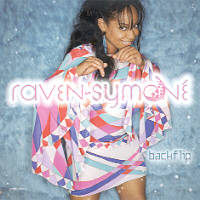 "Backflip" is a song by American singer , taken from her 2004 album, "". Although the track failed to generate much of an audience in the adult urban community, the song became popular in a more juvenile circle due to the popularity of Raven-Symoné's television series at the time, "". Despite failure on the Billboard charts, the single peaked at #1 on the chart. The singles video received rotations on , , and BET.

This song became and instant Radio Disney hit, and rose to number one quickly. It was so popular that the music video was also allowed to be aired on and . Normally, only airs their artists music videos on .