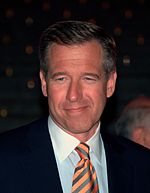 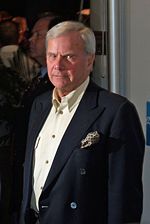 This is a list of the people who have acted as the principal news anchors for the NBC television network's flagship weekday evening-news program, titled since 1970 as NBC Nightly News, as well as its predecessor programs. Except as noted below, the anchors presented the network's weeknight newscasts only.