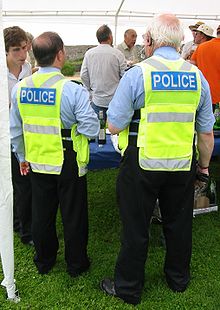 Honorary Police officers have, for centuries, been elected by parishioners to assist the Connétable of the Parish to maintain law and order. Officers are elected as Centeniers, Vingteniers or Constable's Officers, each with various duties and responsibilities.

Until the 19th century the Honorary Police provided the only civilian law enforcement in Jersey. However, in the early part of the 19th century, crime was widespread among the urban population in Saint Helier (around 25,000 people) and paid Police officers for the Parish of Saint Helier were appointed in 1853 and their remit was later extended to serve the whole Island as the States of Jersey Police. The Honorary Police still exist, however.

Each Parish elects a number of Centeniers, Vingteniers and Constable's Officers who act in the name of the Connétable of the Parish in maintaining law and order. These officers are elected for a period of three years and take an oath in the Royal Court.

All Honorary Police officers must live in the Parish at the time of their first election or, in the case of St Helier, be a ratepayer or mandataire of that Parish. If an officer moves out of the Parish during her/his term of office, s/he may continue her/his term of office with the approval of Her Majesty's Attorney General and the Connétable of the Parish and may stand for re-election provided there is no break in service.

A person may be nominated for election as a member of the Honorary Police if, on the day of nomination, s/he is at least 20 years of age and less than 70 years of age.

Anyone standing for election as a member of the Honorary Police will have to undergo a criminal record check.

Ranks of the Honorary Police

A Centenier is a senior member of the Honorary Police of Jersey. Centeniers are elected for a mandate of 3 years at a public election within the Parish. In addition to general policing matters, the Centenier remains the only officer entitled to charge and bail offenders. The Centenier presides at Parish Hall Enquiries and acts as Prosecuting Officer before the Magistrate's Court. The Constable of the Parish appoints one of the Centeniers as Chef de Police of the Parish. Under Jersey law, anyone charged at the States of Jersey Police Headquarters must be charged by a Centenier of the Honorary Police, and he too will present the charges against an individual if the case is taken to the Magistrate.

A Vingtenier is a member of the Honorary Police elected by a Parish Assembly of electors and ratepayers for a term of three years for a particular vingtaine (or, in St. Ouen, a cueillette) in that Parish. Vingteniers, who occupy a rank below that of Centenier in the Honorary Police, carry out general community policing in the parish, and fulfill administrative roles within their vingtaine in respect of tasks such as the Visite du Branchage. The office of Vingtenier (which is believed to refer to a responsibility of looking after 20 (French: vingt) households) may date back to 1331, although the first recorded reference to the title of vingtenier dates to 1462.

The political system of Sark, which was modelled after Jersey's in 1579, also includes a Vingtenier. In Sark the sole Vingtenier is elected by Chief Pleas as junior to the Constable.

Constable's Officers are the lowest rank of the elected police officers, collectively known as the Honorary Police who represent a Vingtaine in a Parish (or to a Cueillette in St Ouen) of Jersey. Constables Officers do not have to live within that Vingtaine (or Cueillette) but must live within the parish at the time of their election. If they move in the interim they are allowed to complete their term of office. They assist both the Centeniers and Vingteniers of the Parish with general policing matters. 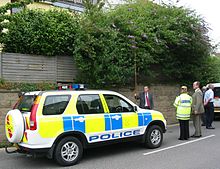 The tasks are very varied and can include the following: provide foot and mobile patrols, perform speed and road checks, perform premises licence and curfew checks, assisting in searches for Missing Persons, assist policing major events, Centeniers perform Parish Hall Enquiries, assist and co-operate with the States of Jersey Police and with other Parishes’ Honorary Police in the policing of Island Events or as needed or requested.

Centeniers and Vingteniers also assist their Parishes with the "Visite du Branchage" twice yearly and the "Visite Royale" which happens once every six years.

Duty is usually performed for a week on a rota basis. The different Parishes differ slightly in their specific arrangements, however, all parishes hold a monthly meeting that their Connétable must attend.

Centeniers, Vingteniers and Constables Officers are members of the Honorary Police Association.