Imperial Tobacco is listed on the London Stock Exchange and is a constituent of the FTSE 100 Index. 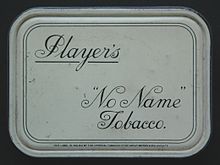 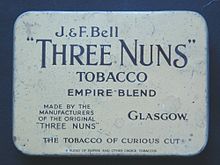 The Imperial Tobacco Company was created in 1901 through the amalgamation of thirteen British tobacco and cigarette companies: W.D. & H.O. Wills of Bristol (the leading manufacturer of tobacco-based products at that time), John Player & Sons of Nottingham and 11 other independent family businesses, which were being threatened by competition from the United States in the form of James Buchanan Duke and his American Tobacco Company.[5] First W. D. & H. O. Wills of Bristol merged with Stephen Mitchell & Son of Glasgow. Subsequently other smaller companies including Lambert & Butler, William Clarke & Son, Franklyn Davey, Edwards Ringer, J&F Bell and F&J Smith joined in the amalgamation. The Company's first Chairman was William Henry Wills of the Wills Company.[5]

In 1985, the Company acquired the Peoples Drugstore chain and all subsidiaries from A. C. Israel.[7] In 1986 the Company was acquired by the conglomerate Hanson Trust plc for £2.5billion.[8] Divestments during the period of ownership by Hanson included Courage Brewery to Elders, Golden Wonder to Dalgety, Finlays to A J Patel, the wholesaling arm of Sinclair & Collis to Palmer & Harvey, Imperial Hotels and Catering to Trust House Forte and Ross Frozen Foods to United Biscuits. This also led to a dispute over pension payments to employees, as seen in Imperial Group Pension Trust Ltd v Imperial Tobacco Ltd.[9] In 1996, following a decision to concentrate on core tobacco activities, Hanson de-merged Imperial and it was listed as an independent company on the UK stock exchange.[10]

Following the Scottish Parliament's decision in January 2010 to ban the display of tobacco products in shops as well as the availability of tobacco vending machines in public buildings with effect from autumn 2011, Imperial Tobacco attempted to challenge the change in the law on the grounds that regulations of the sale goods rested with the Houses of Parliament in Westminster. However, this case was dismissed on 30 September 2010 by Lord Bracadale at the Court of Session in Edinburgh.[14]