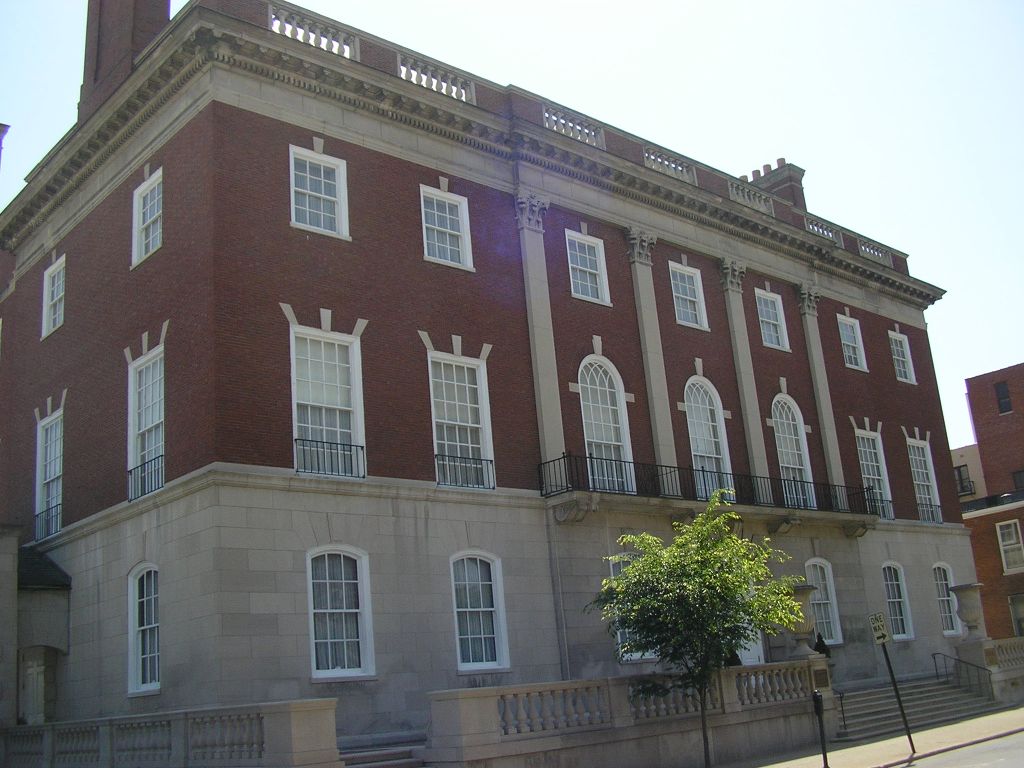 The Pendennis Club is a private club in . It was established in and modeled in part on English gentleman's clubs. It took its name from 's novel "" (1848-50). The first clubhouse, acquired in 1883, was a former Belknap family mansion. Soon after opening, a banquet was held to entertain President on , , the same day he opened the . Sometime in the 1880s, the club was the birthplace of the , possibly the first mixed drink to be called a cocktail. [cite news|publisher=The Courier-Journal|last=Reigler|first=Susan|date=2005-04-30|title=Memorandum to area bartenders: Making Old-Fashioneds? Get it right!|page=2M]

A famous employee was Henry Bain, who during his forty-year career rose to headwaiter. He is the of . , popularly said to be Bain's nephew, and considered the first African-American male concert artist to receive wide international acclaim, made his professional debut at the club in 1910. [cite encyclopedia | ency=The Encyclopedia of Louisville | edition=1 | year=2001 | article=Pendennis Club]

In 1928, a new clubhouse was built a block east of the old one, near the intersection of today's Second Street and Muhammad Ali Boulevard. It was built to designs of at a cost of $615,000, in neo-Georgian style. The third-story ballroom with large chandeliers and oak floor is well known. Other rooms feature wood paneling, marble floors and large murals along entire walls (several scenes are depicted). There are also two bars, a barber shop, a library, athletic facilities, and numerous other rooms for members. The club employed about 30 and had about 800 members as of 2003. [cite news|publisher=The Courier-Journal|date=2003-12-01|title=Pendennis Club aims for repairs|last=Shafer|first=Sheldon|page=1B]

Club membership was long open only to white males, although that policy has been relaxed (the club has a handful of female members). However, the image of an elite, restricted club still is common in the minds of Louisvillians. In 1999 it was one of several private clubs named in a discrimination lawsuit, and was eventually forced to turn over its membership records, though no investigation was ever conducted by the state Human Rights Commission. In 2006, club officials said there had been black members for several years. [cite news|publisher=The Courier-Journal|date=2006-02-20|title=Country club gets first black member|page=1B|last=Shafer|first=Sheldon]

The Pendennis Club plays host to a popular post-Kentucky Derby party, which attracts much of the Louisville social crowd and usually a few celebrities. , , and members of the have all attended the bash. In recent years, the event has received attention from national news outlets, including .

Derby brunch and dinner are also popular traditions at the club.

The club also hosts an annual "Boxing Night." Amateur (usually collegiate) boxers square off in a ring set up in the club's grand ballroom. The black tie event is restricted to male members.

Boxing has a rich tradition at the Pendennis Club. Louisville native fought at the club early in his career.

The club also hosts an annual Old Fashioned Ball to celebrate the first ever cocktail that bears its name. The event features a bourbon tasting, elegant dining and a big band to entertain members and their guests.

The club membership has included three to the including , and .

Other members have included: