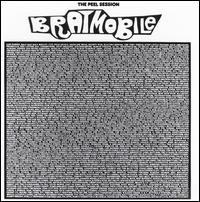 
had a BBC live broadcast with on July 1993 and was issued the following year as "The Peel Session" .