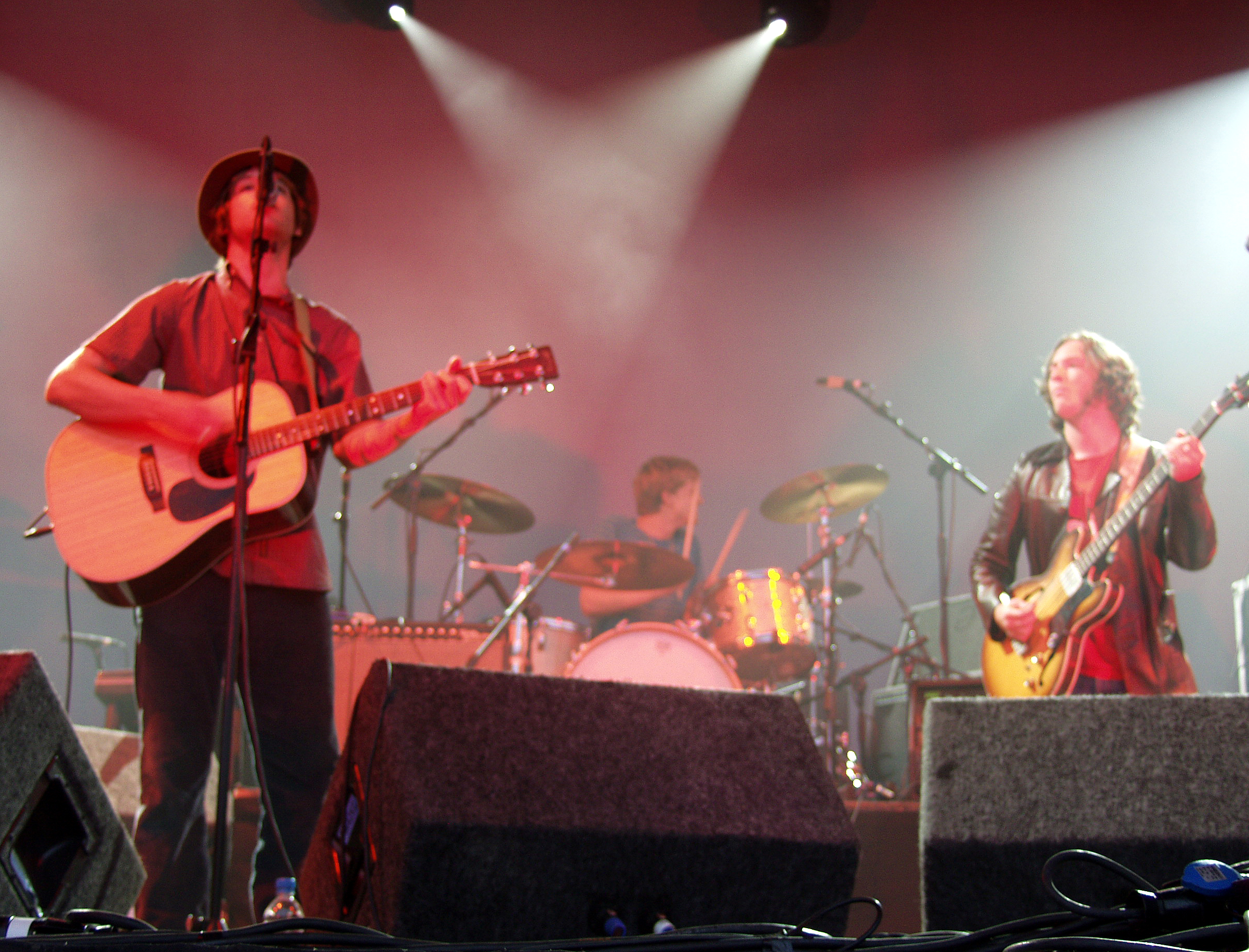 The Coral are an English band formed in 1996 in on the near .

The band's music is a mixture of old-fashioned country, 1960s-style psychedelica and folk with influences. The Coral have released five albums. Their self-titled debut album was nominated for the 2002 and later voted the fourth best album of the year by "NME" Magazine.It was announced on the 9th January 2008 that would be leaving, but the band would continue as a 5-piece.

Meeting at in West Kirby on the wirral, the seven friends would meet at each others' houses and the school music room where they would watch films, listen to music and play guitars. After leaving school they went on to jobs and before quitting both to take up the band full time. The band was soon signed to Liverpool label . The band started as prominent members of the Liverpool music scene, playing many gigs around the city. The Coral's distinctive musical style has strongly influenced many other of the -based label's acts, including , , and The Rascals.

Hailed as the first English band of the "guitar group revival" the band released the critically acclaimed EPs "Shadows Fall", "The Oldest Path", and "Skeleton Key" in 2001. Their eponymous debut album "The Coral", released in 2002, reached number five on the and was nominated for the Mercury Music Prize the day after its release. A successful UK tour and festival slots followed along with the singles "Goodbye" reaching number twenty-one in the and "Dreaming of You" reaching number thirteen.

After a hectic year they took it easy with recording yet again another critically-acclaimed album "" in 2003 reaching number one on the UK Albums Chart, once more followed with UK, European, American and Japanese tours and a one-off festival Midsummer Nights Scream held on the New Brighton promenade and held an impressive line up of the then hottest up-and-coming bands. Singles from the album, "", "", "" and "" reached number ten, number five, number twenty-five and number twenty-three on the UK Top 40 respectively. Indeed of remarked that it was the more beatlelike than .

In 2004 they began recording "" but not before releasing "" a limited-edition "mini album" getting to number five on the UK Albums Chart which was produced by Lightning Seeds singer/songwriter (as were the first two albums), whilst 's and were in charge of "The Invisible Invasion".

In 2005, The Coral did UK, European, American and Japanese tours also releasing "In The Morning" which reached number six and "" reaching number forty-one on the UK Top 75.

The Coral toured with during their 2007 summer festival gigs. The band released the single "" on followed by the album "" on .

The Coral kicked off "BBC Electric Proms 07" on 24 October 2007 with "". They were joined on stage by friend , who played lead guitar on their track "In The Rain".

The Coral requested the help of Matt Potter, Solihull, for percussion and Jazz flute on the album.

The Coral are set to release a 3LP & 2CD compilation album The Singles Collection on . It will feature singles, rarities and new songs. A new track, "Being Somebody Else" will be released on .

Both CDs of the single collection leaked onto the internet on the 28th of August.