The Union for Reform Judaism (URJ), formerly known as the Union of American Hebrew Congregations (UAHC), is an organization which supports Reform Jewish congregations in North America. The current President is Rabbi Eric H. Yoffie, and the Chairman of the Board is Peter Weidhorn.

The origins of the URJ began with the founding of the UAHC by Rabbi Isaac Mayer Wise in 1873, based at Cincinnati, Ohio. At the time it consisted of 34 congregations. In 1950, the UAHC relocated its headquarters to New York City.[1] In 2003, the UAHC was officially renamed the Union for Reform Judaism by the General Assembly at the organization's Biennial Convention. The former name was dropped because it reflected Wise's unrealized expectation that the whole of American Jewry would eventually affiliate with the Reform movement, and also because it failed to acknowledge the Reform-affiliated congregations outside the United States. Today, the organization is often referred to simply as "the Union." As of 2005, some 900 synagogues were affiliated with it.

In 1875, the Union created Hebrew Union College (HUC) in Cincinnati, the Reform movement seminary to train rabbis and later cantors and other Jewish professionals. In 1950, the college merged with the Jewish Institute of Religion, a Reform rabbinical college founded in 1922 by Rabbi Stephen Samuel Wise, and located in New York City. Rabbis in URJ member temples are members of the Central Conference of American Rabbis (CCAR). 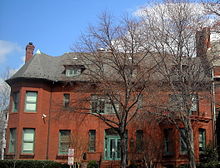 The political and legislative outreach of the URJ is performed by the Religious Action Center (RAC), operated in conjunction with CCAR. The RAC advocates policy positions based upon religious values, and is generally associated with political progressivism.

The URJ owns and operates 12 summer camps throughout North America. Camp Kalsman, as the most recent addition to the URJ's camping program, had its inaugural summer in 2007 in Washington. [2] An additional four are operated by URJ-affiliated synagogues. When not in use as camps, some of these facilities are often used by other community groups, including NFTY events. Many of the camps have long provided the opportunity for high school aged campers to travel to Israel during the summer.

The summer camps are:

URJ Camps that have closed or are no longer running:

Hava Nashira is an annual Jewish songleading workshop held every spring at URJ Olin-Sang-Ruby Union Institute camp. The workshop is open to URJ camp songleaders as well as to temple music specialists and all those with a serious interest in Jewish songleading and music.