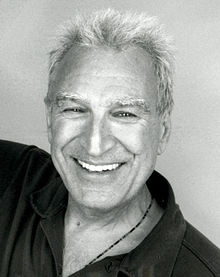 Leonard Chess and his brother Phil were two American immigrants from the Jewish community in Motal, Poland who in 1947 had purchased part of an independent record label called Aristocrat Records. Within a few short years the label was renamed after the family's Americanized surname 'Chess' and quickly produced a list of American blues artists that would come to be regarded as the greatest collection of the genre in recorded history.

Marshall learned every aspect of the record business while working for sixteen years with the founders of Chess Records; his father Leonard and his uncle Phil doing everything from pressing records and loading trucks to producing over 100 Chess Records projects and eventually heading up the label as President after the GRT acquisition in 1969. In the late 1960s Marshall also ran his own record label Cadet Concept, a division of Chess Records. He created and produced the Rotary Connection, which became the springboard for Minnie Riperton’s career. He signed John Klemmer and created a new format which was heralded as the first jazz-fusion album, “Blowin’ Gold.” He signed the underground black rock legends Black Merda. He also created and produced the controversial blues album Electric Mud, by Muddy Waters.

Departing from Chess Records in 1970 after the death of his father, Marshall was hired as the founding president of Rolling Stones Records, a vanity record label for the English rock group he had known since the mid 1960s when the band had used Chess studios in Chicago to record songs while touring the United States. He was an active executive manager, touring with the band, and being involved with record production as well as outside business interests. He helped create the Rolling Stones famous tongue and lip logo and was involved as executive producer on seven Rolling Stones albums during the 1970s. In 1977 Chess resigned from Rolling Stones Records after realizing that too much drugs, sex, and rock n roll was undermining his health and leadership in the company.[1] He was replaced with Earl McGrath on the advice of Atlantic Records head Ahmet Ertegün, the Stones newly signed record distribution partner.

As well as music, Chess produced three films in the 1960s and 1970s: The Legend of Bo Diddley, Ladies and Gentlemen: The Rolling Stones, and the unrated, unreleased concert tour documentary Cocksucker Blues by Robert Frank.

During the 1980s and 1990’s Marshall produced projects for both Sire Records and Island Records and for Howdy Doody. He also produced many rap records at the beginning of the rap generation. He worked with rap star KRS-One, developing an audio comic book project, Break The Chain, for Marvel Comics.

In 1984, Marshall Chess became a partner in the famous blues and rock publishing company ARC Music, which he began actively heading in 1992. More recently[when?] he finished a film project called Godfathers and Sons directed by Marc Levin, for the PBS series The Blues, produced by Martin Scorsese. In the film, Marshall produces a hip hop version of the classic Chess track “Mannish Boy” featuring rappers Chuck D and Common recording with original members of the Electric Mud band.

In 1999 Chess founded the Czyz Records record label, with his cousin Kevin. On 21 September 1999 the first record released on Czyz Records was the Murali Coryell album 2120, named after Chess' old Chicago address at 2120 South Michigan.[2] [3] Czyz (pronounded "Chez" or "Chaz") was the original Polish surname of Leonard and Phil Chess when they arrived in America from Poland.

In the year 2000, Marshall, his son Jamar Chess, and partner Juan Carlos Barguil created their own Latin music administration company and all-digital label named Sunflower Entertainment Co., Inc. [1] Sunflower has quickly become the leading licensor and administrator of all genres of independent Latin music. More recently[when?], Jamar Chess has overseen the signing of Vakero [2], the #1 Dominican hip hop artist and leader of the Rap Dominicano movement. There have been over 1.8 million views on Youtube of Vakero music and promotional videos.

Marshall has been on Sirius Satellite Radio's Blues Channel since 2007 hosting the Chess Records Hour, a three times a week show featuring the music and history of Chess Records. He also is the executive music producer on two movies, Cadillac Records, released in 2008, and Who Do You Love, which is now in post production and is scheduled for 2009 release.