Tea tree oil, or melaleuca oil, is a pale yellow colour to nearly clear essential oil with a fresh camphoraceous odor.[1] It is taken from the leaves of the Melaleuca alternifolia, which is native to the northeast coast of New South Wales, Australia. Tea tree oil should not be confused with tea oil, the sweet seasoning and cooking oil from pressed seeds of the tea plant Camellia sinensis (beverage tea), or the tea oil plant Camellia oleifera. 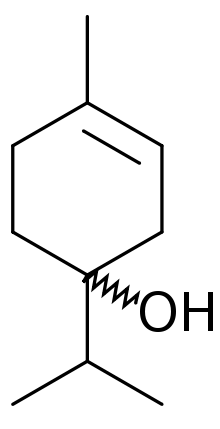 The indigenous Bundjalung people of eastern Australia use “tea trees” as a traditional medicine by inhaling the oils from the crushed leaves to treat coughs and colds. They also sprinkle leaves on wounds, after which a poultice is applied. In addition, tea tree leaves are soaked to make an infusion to treat sore throats or skin ailments.[2][3]

Use of the oil itself, as opposed to the unextracted plant material, did not become common practice until researcher Arthur Penfold published the first reports of its antimicrobial activity in a series of papers in the 1920s and 1930s. In evaluating the antimicrobial activity of M. alternifolia, tea tree oil was rated as 11 times more active than phenol.[4]

The commercial tea tree oil industry was born after the medicinal properties of the oil were first reported by Penfold in the 1920s. It was produced from natural bush stands of M. alternifolia that produced oil with the appropriate chemotype. The plant material was hand cut and often distilled on the spot in makeshift, mobile, wood-fired bush stills. 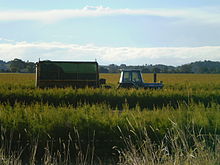 Production ebbed after World War II, as demand for the oil declined, presumably due to the development of effective antibiotics and the waning image of natural products. Interest in the oil was rekindled in the 1970s as part of the general renaissance of interest in natural products. Commercial plantations were established in the 1970s and 1980s, which led to mechanization and large-scale production of a consistent essential oil product.[5]

Among over 98 compounds contained in the oil, terpinen-4-ol is responsible for most of the antimicrobial activity.[6]

Tea tree oil is active against Staphylococcus aureus, including MRSA.[9] Tea tree oil is less successful for application in the nose.[10] Also, there is clinical evidence that topical dermatological preparations containing tea tree oil may be more effective than conventional antibiotics in preventing transmission of CA-MRSA.[11]

Recent studies support a role for the topical application of tea tree oil in skin care and for the treatment of various diseases and conditions. Tea tree oil appears to be effective against bacteria, viruses, fungal infections, mites such as scabies, and lice such as head lice. A 2008 study of in vitro toxicity showed a tea tree oil preparation was more effective against head lice than permethrin, a popular pharmaceutical remedy.[12]

In the treatment of moderate common acne, topical application of 5% tea tree oil has shown an effect comparable to 5% benzoyl peroxide, albeit with slower onset of action.[13]

Tea tree oil is a known antifungal agent, effective in vitro against multiple dermatophytes found on the skin.[14] In vivo, shampoo with 5% tea tree oil has been shown to be an effective treatment for dandruff due to its ability to treat Malassezia furfur, the most common cause of the condition.[15]

One clinical study found that 100% tea tree oil administered topically, combined with debridement, was comparable to clotrimazole in effectiveness against onychomycosis, the most frequent cause of nail disease.[16]

The effectiveness of topical tea tree oil preparations for the treatment of the yeast infection Candidiasis is supported by its ability to kill Candida in vitro.[17]

There is some very limited research that has shown that tea tree oil may have topical antiviral activity, especially against the herpes virus (cold sores), chicken pox, shingles blisters, etc.[18]

One study has shown a 5% tea tree oil solution to be more effective than commercial medications against the scabies mite in an in vitro situation.[19]

Diluted solutions of tea tree oil are often used as a remedy to treat bacterial and fungal infections in aquarium fish. Common brand names are Melafix and Bettafix. Melafix is a stronger concentration and Bettafix is a lower concentration that makes it harder to overdose smaller fish, especially bettas. It is most commonly used to promote fin and tissue regrowth, but is also effective in treating other conditions, such as fin rot or velvet. The remedy is used mostly on betta fish,[20] but can also be used with other aquarium fish, other than goldfish.

According to the American Cancer Society: "Tea tree oil is toxic when swallowed. It has been reported to cause drowsiness, confusion, hallucinations, coma, unsteadiness, weakness, vomiting, diarrhea, stomach upset, blood cell abnormalities, and severe rashes. It should be kept away from pets and children."[21]

External application of tea tree oil undiluted and/or at inappropriate high doses has been associated with toxicity, including death, in cats and other animals, due to ingestion during grooming.[25][26][27]

A highly disputed case study reported in The New England Journal of Medicine concluded that repeated topical exposure of lavender and tea tree oils may have caused prepubertal gynecomastia in three young boys.[28] The study involved just three individuals and found lavender to be the only common ingredient used by the boys in the study. While all three cases involved the use of products containing lavender oil as an ingredient, only one boy also used products containing tea tree oil. In all cases, the prepubertal gynecomastia reversed after several months. Researchers have noted that estrogenic or antiandrogenic activities have also been reported for some other commonly used essential oils, as well as some foods such as almonds and peanuts.[28] [reference to peanuts and almonds is not relevant to citation] Others have cast doubt on the conclusions of the article and dismissed the study as having used "poor methodology". The research has been most criticized for making medically related conclusions about tea tree oil based on a single individual, while outside factors were more likely to have caused the condition. Critics of the study note that millions of people use products containing tea tree oil on a regular basis and there has never been another documented relation of tea tree oil and gynecomastia before or after this study was published.[29][30][31][32][33]

If used in concentrations below 4% or particularly below 0.25%, tea tree oil may fail to kill bacteria and create selection pressure, which may result in them becoming less sensitive to tea tree oil and even some antibiotics in vitro.[34]

Undiluted tea tree oil can cause some hearing loss when used in the ears of animals; however, a 2% concentration has not been shown to have any lasting effect. It is not known whether the same is true for humans.[35]