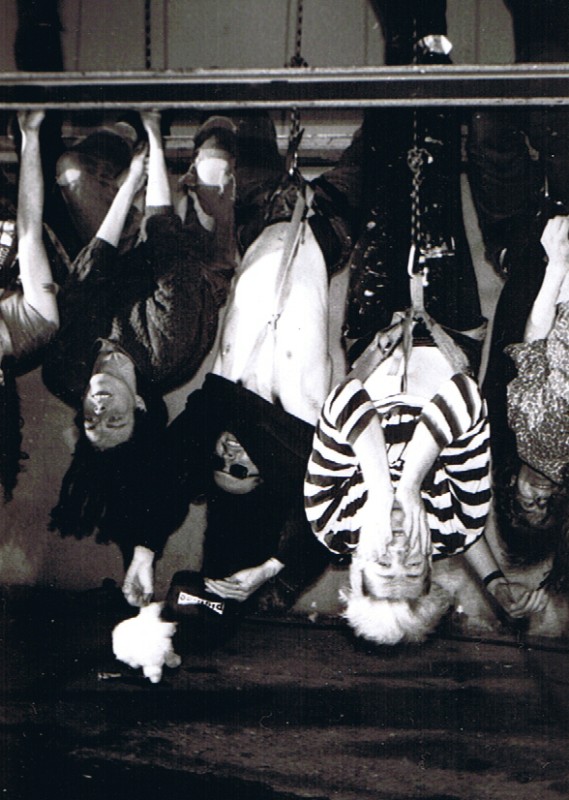 
Pigface is an group formed in by and .

Pigface was formed from Ministry's "The Mind Is A Terrible Thing To Taste" tour, which produced the "In Case You Didn't Feel Like Showing Up" live album and video. For the tour, brought Atkins, and . Also on the tour was Rieflin, regular Ministry drummer at the time. While Atkins enjoyed the dynamic of playing with a second drummer, he felt that the lineup was capable of doing much more than being, what he has frequently called, "a Ministry cover band." Once the tour was over, Atkins and Rieflin decided to continue working together and recruited several of their tourmates from the "The Mind Is A Terrible Thing To Taste" tour. Pigface was born with the intention of keeping a revolving-door style collaboration with many experimentally-minded musicians, many of whom, especially early on, had recorded for the influential record label .

was also an early partner, before became a household name. "Suck," co-written and sung by Reznor, was something of an underground hit, and Reznor later re-recorded the song for the "Broken" EP.

Rieflin eventually left Pigface, leaving Atkins in charge. The hundreds of musical collaborators to record and perform with Pigface have ensured that each album, and each song, is unique. However, this practice has led to some negative criticism due to a perceived lack of continuity.

Pigface concerts are characterized by high-energy performances. Frequently there will be upwards of 10 musicians on stage at any time during the show. In addition, members of the audience are occasionally invited on stage for the encore.