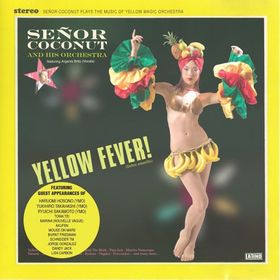 "Yellow Fever!" is a 2006 by Señor Coconut Y Su Conjunto (). It is an album of covers done in a Latin American style.

This album is similar to the tribute album released in 2000, but is a tribute album dedicated to the . The three original members of the Yellow Magic Orchestra appear on this album as well as and .

Between each cover song, there is a small original interludes by Senor Coconut.