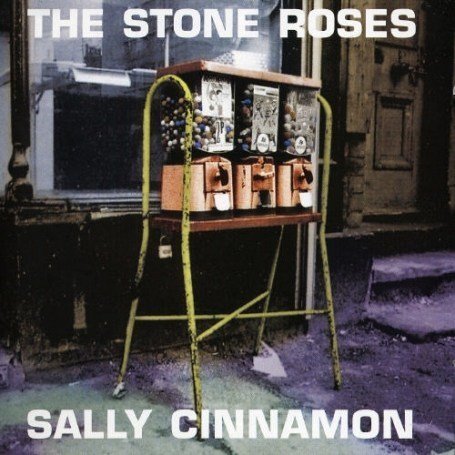 "Sally Cinnamon" is a non-album single released by the band in 1987.

The song is the second single to be releasd by The Stone Roses, and was released before Mani joined the band. It is the first single by the Stone Roses to feature their classic sound. Although pre-Mani, the melodies and choral refrain are in the same vein of the those recorded with the classic line-up.

Sally Cinnamon is often believed to be same Sally in the Oasis song "". Noel Gallagher collaborated with on his solo album with the song "". Noel Gallagher has said that Lyla from the Oasis song of the same name is the sister of Sally. However, in a documentary filmed for the release of "", Noel has admitted that a fan came up and asked him if Sally was the Sally Cinnamon, and was annoyed he didn't think of it first. "I might nick that" Noel was then quoted as saying.

A banner featuring lyrics from Sally Cinnamon hangs in the Stretford End at Manchester United's Old Trafford ground on match days. It reads: "Sent to me from heaven... you are my world" and features images of United legends like Eric Cantona and George Best. The song itself is also traditionally played during the pre-match build up at Old Trafford, whilst the team enter the pitch to Stone Roses song "This Is The One".

When The Stone Roses started to become popular in 1989, their former label FM Revolver re-released the single and had made a video for the song which The Stone Roses found so "patronising" that they trashed the offices of their former label with paint, splattered paint over former manager Paul Birch and his wife, and threw a rock through the window of his car. The band were taken to court and were fined £3,600 each and were banned from entering the premises of their former label. The incident saw the single chart at No.75 at the start of 1990 and then rise to No.46 two weeks later.

Ian: "'Sally' was a sort of semi-conscious effort to shake off 'So Young', which unfortunately sounds quite Goth-y and was big in the Ritz. People actually thought we were Goths and were pissed off that we had short hair".