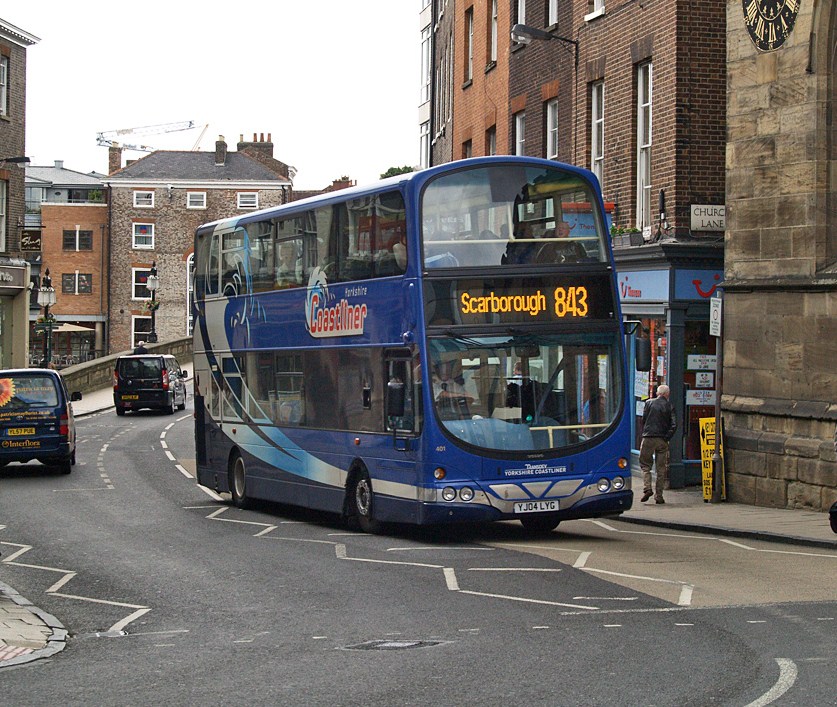 Yorkshire Coastliner is a company based in Malton in , . It is owned by the (itself part of ) who also own, amongst others, and in Yorkshire.

Its blue buses provide a regular service between , , and Malton, and also serve the coastal resorts of Scarborough, , and , as well as the popular inland town of on the .

In early 2006, the company became 100% low-floor when 6 / entered service, they intended to have 7 of them but the last one was diverted to Harrogate & District as a replacement for the single decker on the 36 (Ripon-Harrogate-Leeds). Yorkshire Coastliner still got a fully low floor fleet, as a replacement for the diverted bus came from Harrogate & District, which was a -bodied (441, Y711HRN), it has been refurbished and repainted into the 'new' Yorkshire Coastliner livery introduced in 2004 for the first 4 /. The company also has single deckers, 6 Eclipse Urban s used on routes where double deckers cannot be used.

In 2008, Yorkshire Coastliner replaced all of the single decker B7RLEs and some of the older double decker buses with 10 new /Wright Eclipse Gemini. This will mean the whole Coastliner service will be run with double deckers by summer this year.