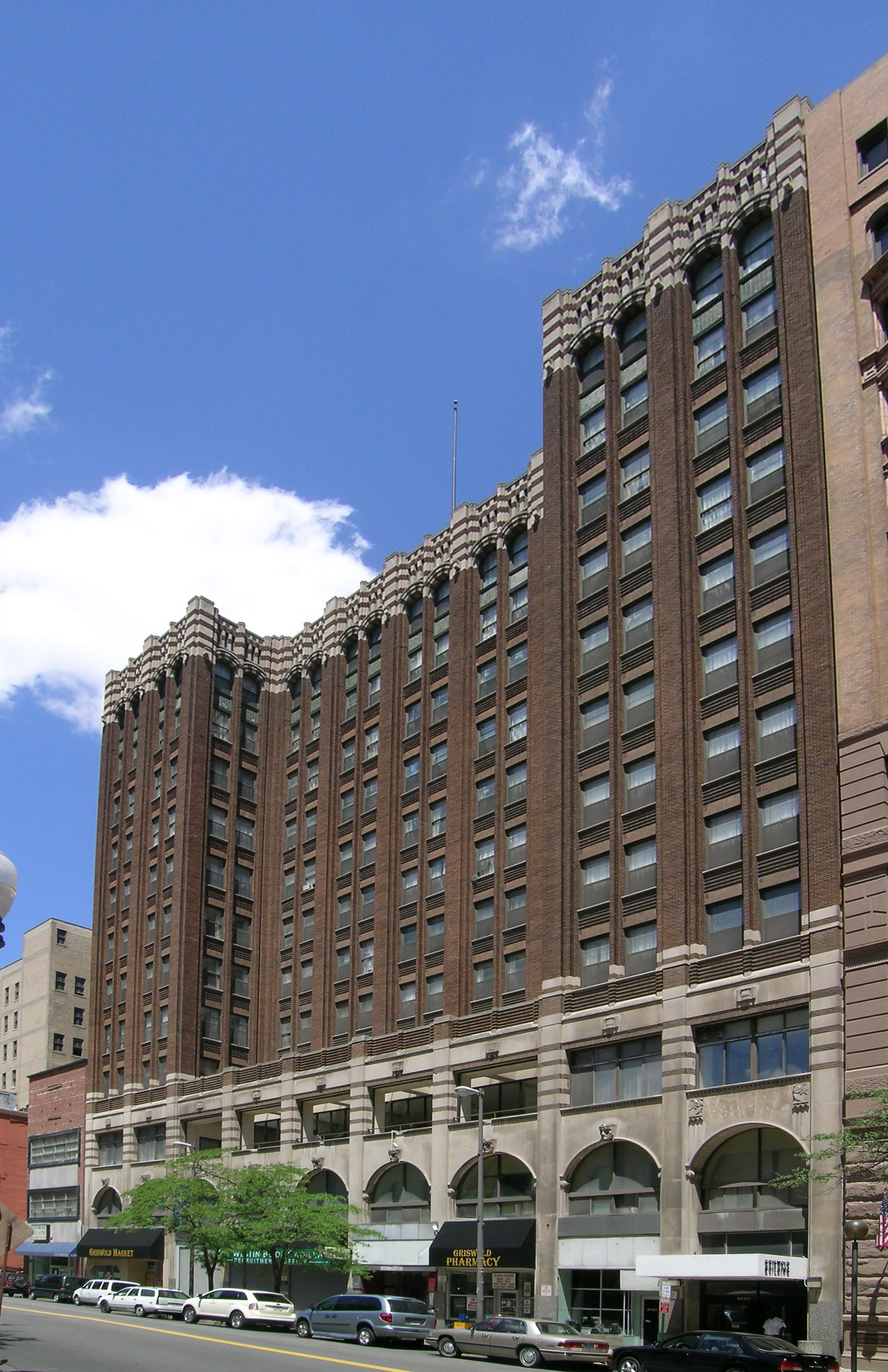 The Griswold Building Senior Apartments is a tall in downtown , located at 1214 Griswold Street.

The Griswold Building stands 12 floors in height, with 127 units/rooms. The high-rise was designed in the architectural style, and is significant as an example of architect Albert Kahn's transition from to Art Moderne. The facade is fivided into two portions: a lower, three-story portion faced with limestone and divided into nine bays, and an upper, nine-story portion constructed of brick with five center bays set back from the main facade.

The Griswold Building now contains apartments. The building was added to the in .