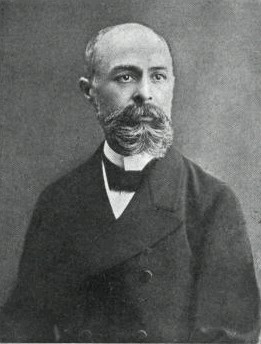 Becquerel was born in into a family which, including him and his son Jean, produced four generations of scientists. He studied science at the and engineering at the École des Ponts et Chaussées. In 1890 he married Louise Désirée Lorieux

In 1892, he became the third in his family to occupy the physics chair at the . In 1894, he became chief engineer in the Department of Bridges and Highways.

In 1896, while investigating in salts, Becquerel accidentally discovered . Investigating the work of , Becquerel wrapped a fluorescent substance, potassium uranyl sulfate, in s and black material in preparation for an experiment requiring bright sunlight. However, prior to actually performing the experiment, Becquerel found that the photographic plates were fully exposed. This discovery led Becquerel to investigate the spontaneous emission of .

One wraps a Lumière photographic plate with a bromide emulsion in two sheets of very thick black paper, such that the plate does not become clouded upon being exposed to the sun for a day. One places on the sheet of paper, on the outside, a slab of the phosphorescent substance, and one exposes the whole to the sun for several hours. When one then develops the photographic plate, one recognizes that the silhouette of the phosphorescent substance appears in black on the negative. If one places between the phosphorescent substance and the paper a piece of money or a metal screen pierced with a cut-out design, one sees the image of these objects appear on the negative. … One must conclude from these experiments that the phosphorescent substance in question emits rays which pass through the opaque paper and reduces silver salts. [cite journal|author=Henri Becquerel|title =Sur les radiations émises par phosphorescence|journal=Comptes Rendus |volume = 122| pages = 420–421|year=1896|url=http://gallica.bnf.fr/ark:/12148/bpt6k30780/f422.chemindefer] ["Comptes Rendus" 122, 420 (1896), [http://web.lemoyne.edu/~giunta/becquerel.html translated by Carmen Giunta] . Accessed 10 September 2006.]

In 1903, he shared the with Pierre and "in recognition of the extraordinary services he has rendered by his discovery of spontaneous radioactivity".

In 1908, the year of his death, Becquerel was elected Permanent Secretary of the . He died at the age of 55 in .

* [http://www.nobelprize.org/physics/laureates/1903/becquerel-bio.html Henri Becquerel - Biography]
* [http://www1.bipm.org/en/si/history-si/radioactivity/becquerel.html Becquerel short biography] and the use of his name as a unit of measure in the
* [http://alsos.wlu.edu/qsearch.aspx?browse=people/Becquerel,+Henri Annotated bibliography for Henri Becquerel from the Alsos Digital Library for Nuclear Issues]