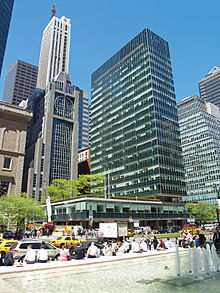 Skidmore, Owings and Merrill LLP (SOM) is an American architectural and engineering firm that was formed in Chicago in 1936 by Louis Skidmore and Nathaniel Owings; in 1939 they were joined by John O. Merrill. They opened their first branch in New York City, New York in 1937. SOM is one of the largest architectural firms in the world. Their primary expertise is in high-end commercial buildings, as it was SOM that led the way to the widespread use of the modern international-style or "glass box" skyscraper. They have built several of the tallest buildings in the world, including the John Hancock Center (1969, second tallest in the world when built), Sears Tower (1973, tallest in the world for over twenty years), and Burj Khalifa (2010, current world's tallest building). SOM provides services in Architecture, Building Services/MEP Engineering, Digital Design, Graphics, Interior Design, Structural Engineering, Civil Engineering, Sustainable Design and Urban Design & Planning.

Many of SOM's post-war designs have become icons of American modern architecture, including the Manhattan House (1950), designated as a New York City landmark in 2007 by the New York City Landmarks Preservation Commission; and the Lever House (1952), also in New York City; as well as the Air Force Academy Chapel (1958) in Colorado Springs, Colorado; and the John Hancock Center (1969) and Sears Tower (1973), both in Chicago.

Although SOM was one of the first major modern American architectural firms to promote a corporate face (i.e. not specifically crediting individual architects for their buildings), many famous architects, engineers and interior designers have been associated with the various national offices.

The earliest amongst the many SOM engineers was John O. Merrill.[21] Fazlur Khan, another engineer at SOM, is considered "the greatest structural engineer of the second half of the 20th century"; he is best known for his design and construction of the Willis Tower (formerly the Sears Tower), and John Hancock Center and for his designs of structural systems that remain fundamental to all high-rise skyscrapers.[22] Indeed, Khan is responsible for developing the algorithms that made the Hancock building and many subsequent skyscrapers possible. Another notable SOM engineer is Bill Baker, who is best known as the engineer of Burj Khalifa (Dubai, 2010), the world’s tallest manmade structure. To support the tower’s record heights and slim footprint, he developed the “buttressed core”[23] structural system, consisting of a hexagonal core reinforced by three buttresses that form a Y shape.

Davis Allen, a pioneer in corporate interior design, had a forty-year tenure at SOM.[24]

Throughout its history, SOM has been recognized with more than 1400 awards for quality and innovation.[25] More than 580 of these awards have been received since 1998.[26] In 1996 and 1962, SOM received the Architecture Firm Award[27] from the American Institute of Architects, which recognizes the design work of an entire firm. SOM is the only firm to have received this honor twice.

August 2009, SOM received four of 13 R+D Awards from Architect Magazine.[28][29][30][31] In addition, a collaboration between SOM and Rensselaer Polytechnic Institute, The Center for Architecture, Science and Ecology, was honored with a fifth award.[32]

SOM has completed over 10,000 projects around the nation and in more than 50 countries around the world and maintains offices in Chicago, New York City, San Francisco, Washington, D.C., London, Brussels, Hong Kong, and Shanghai.

Burj Khalifa (Arabic: برج خليفة‎ "Khalifa Tower"),[33] formerly known as Burj Dubai, is a supertall skyscraper in Dubai, United Arab Emirates, and is the tallest man-made structure ever built, at 828 m (2,717 ft).[33] Construction began on 21 September 2004, and the building officially opened on 4 January 2010.[34][35] The tower's architect and engineer is Skidmore, Owings and Merrill.[36] George J. Efstathiou was the Managing Partner for the project. Bill Baker, the Chief Structural Engineer for the project, invented the buttressed core structural system in order to enable the tower to achieve such heights economically. Adrian Smith, who worked with Skidmore, Owings and Merrill until 2006, was the Consulting Design Partner.[36][37] The primary builder is a joint venture of South Korean Samsung C&T, who also built the Taipei 101 and Petronas Twin Towers,[38] Besix and Arabtec. The total budget for the Burj Khalifa project is about US $1.5 billion; and for the entire new "Downtown Dubai", US $20 billion.[39]

One World Trade Center, formerly known as Freedom Tower, is located in New York City. After Daniel Libeskind won the competition for master-planning, SOM was awarded the architectural design contract for the Freedom Tower, despite having withdrawn their entry in the original design competition.

In addition to architectural services, Skidmore, Owings and Merrill has also competed in the field of large scale planning programs. An example of one important commission was as the lead design firm for the Boston Transportation Planning Review, a metropolitan wide re-design of Boston's entire transit and roadway infrastructure in the 1970s. 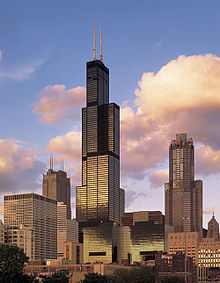 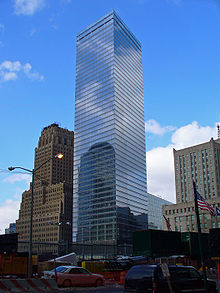 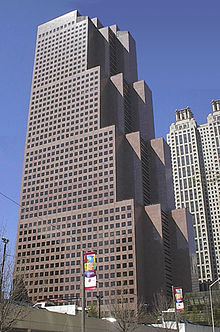 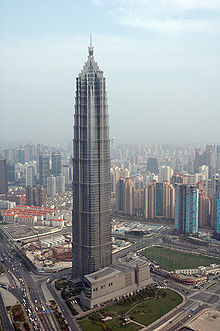 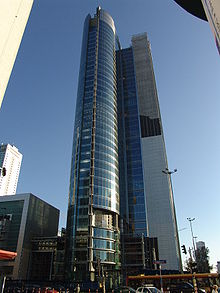