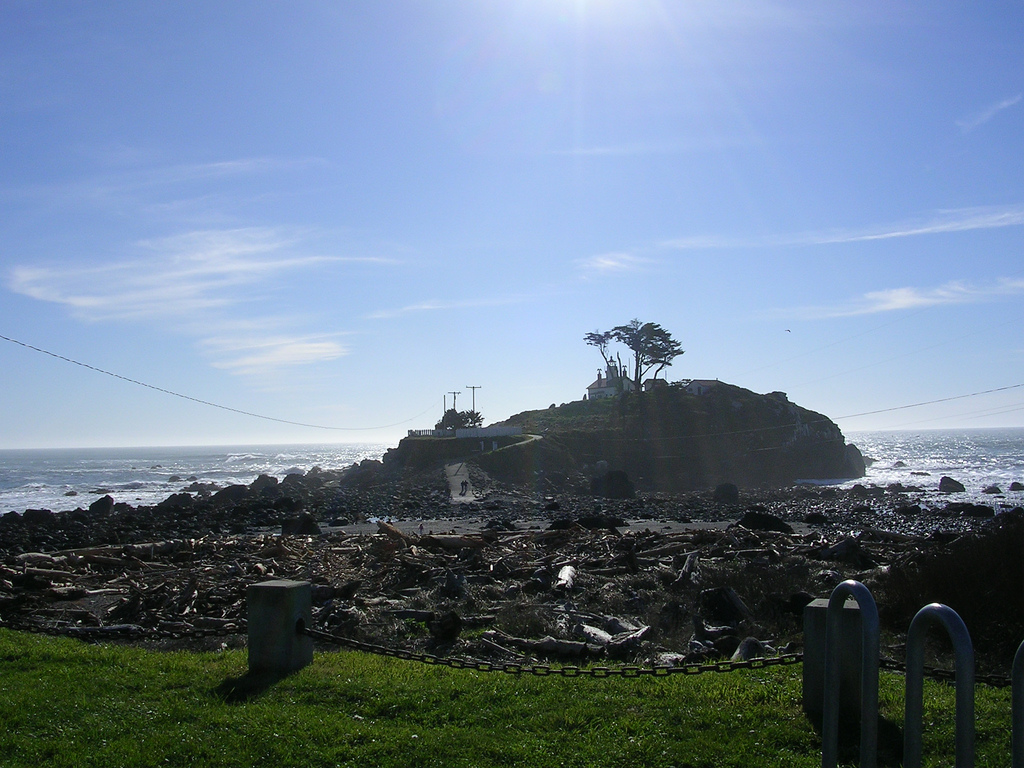 Battery Point Light is a in Crescent City, , . It is registered as number 951.

It was one of the first lighthouses on the California coast. Rugged mountains and unbridged rivers meant coastal travel was essential for the economic survival of this region. In 1855, Congress appropriated $15,000 for the construction of a lighthouse on the tiny islet, which is connected to Battery Point by an isthmus at low tide. Although not included in the 1852 contract by the for the first eight west coast lighthouses, the Battery Point Lighthouse was actually lit ten days before the Humboldt Harbor Lighthouse, the last of the original eight to become operational. The fourth-order was lit in 1856. The lighthouse was automated in 1953, and a modern 375mm lens replaced the fourth-order Fresnel lens. Theophilis Magruder [http://genealogy.wikia.com/wiki/Theophilus_Richard_Magruder_%281799-1886%29 Family History] was the station's first keeper; Wayne Piland was its last before automation in 1953. In 1964, the strongest ever recorded in the northern hemisphere with a of 9.2, causing a tsunami. The lighthouse survived, but the following year, the modern beacon that replaced the Fresnel lens in the tower was switched off, and a flashing light at the end of the nearby breakwater served as the harbor's navigational aid. In 1982, the light in the lighthouse tower was lit again, and the Battery Point Lighthouse was listed as a private aid to navigation.

The Del Norte Historical Society operates the Battery Point Lighthouse and Museum. The lighthouse is open to the public from April through September, tides permitting, between the hours of 10 AM and 4 PM, Wednesday through Sunday. Visits to the Battery Point Lighthouse and Island are only possible at low tides. It is recommended that you [http://tbone.biol.sc.edu/tide/tideshow.cgi?site=Crescent+City%2C+California&units=f research tide times] before visiting, as the tide rises very quickly at the point and the land bridge to the lighthouse can disappear rapidly. The museum includes the lighthouse keeper's quarters with period furniture and artifacts left behind since the 1850's, as well as displays of maritime artifacts, photos and historical documents. Tours include a climb into the light tower.