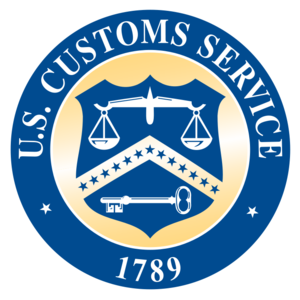 Responding to the urgent need for revenue following the , the First passed and President signed the Tariff Act of , , which authorized the collection of duties on imported goods. Four weeks later, on , the fifth act of Congress established the United States Customs Service and its ports of entry.

For over 100 years after its birth, the U.S. Customs Service was the primary source of funds for the entire government, and paid for the nation's early growth and infrastructure. Purchases include the and territories; and ; funding the and the ; building many of the nation's s; the and Naval academies, and

With the passage of the , the U.S. Customs Service passed from under jurisdiction of the to the .

This table lists all Commissioners of Customs, their dates of service, and under which administration they served.