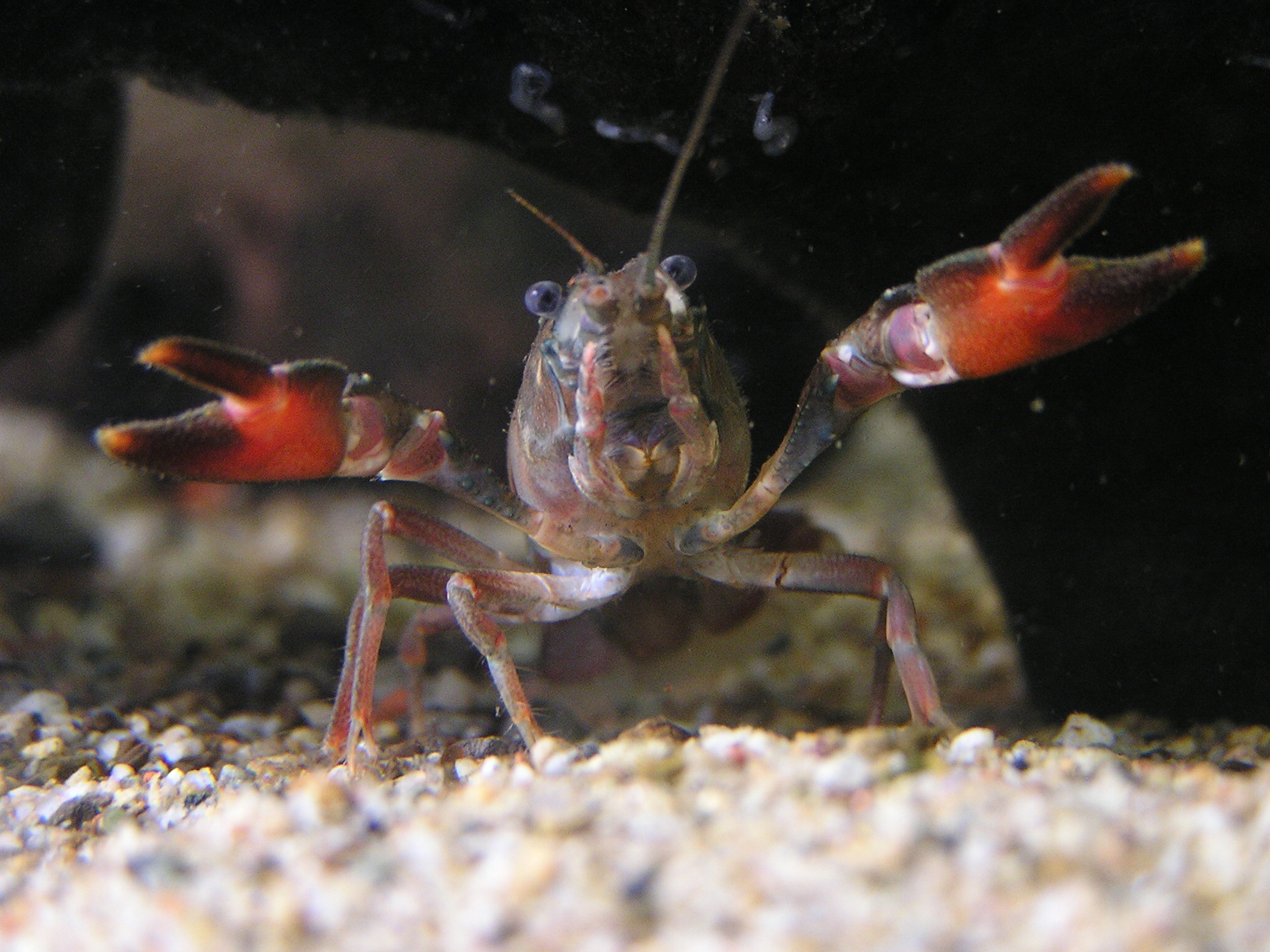 The signal crayfish, "Pacifastacus leniusculus", is an American indigenous to the western .

Due to the that ravaged an crayfish stocks and has almost exterminated the noble crayfish "Astacus astacus", the Swedish Gunnar Svärdson went to the US to search for a crayfish that could replace the native European crayfish. He found the signal crayfish and started to introduce it into Swedish rivers and lakes. This was the beginning of the introduction of this crayfish not only to various European countries but also to .It was Svärdson who named the signal crayfish. He observed how they were in the habit of waving their claws and thought that the white patches made them look like train dispatchers signaling to an engineer.

Unfortunately, this crayfish has been carelessly introduced to various countries without considering the fact that it carries the , and thus causes the eventual extermination of native crayfish. This was the case both in and in Japan.