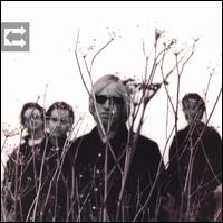 "Echo" is the tenth studio by Tom Petty and the Heartbreakers, first released in April 1999 (see ). The album reached #10 on the aided by the singles "Free Girl Now", "Swingin'" and "Room At The Top" which hit #5, #17 and #19 respectively on "Billboard's" in 1999. The album was the band's last collaboration with producer . "Echo" was certified Gold (500,000 copies sold) by the R.I.A.A. in July of 1999, a mere three months after it was originally released. "Echo" is the only Heartbreakers' album to contain a lead vocal from another member of the band. Mike Campbell takes his first lead vocal on "I Don't Wanna Fight". Tragically, "Echo" would be the last Heartbreakers' album to feature contributions from long time Heartbreakers' bassist/vocalist as he would die of a heroin overdose in 2003. Howie's trademark harmony vocals are present throughout the album, most notably during the hook to the single "Swingin".