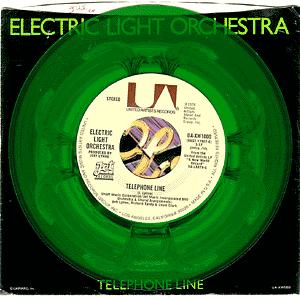 "Telephone Line" is a song by .

The song charted in the Top Ten in both the and the , peaking at #8 in the UK and #7 in the US. In the song would reach No #1 in . The single was released in green vinyl as was the norm for many ELO singles that were also issued in different colors. This was the only single that was green.

"Telephone Line" was the theme song of the 1977 film "Joy Ride" starring , , , and , directed by Joseph Ruben. The song is featured in the movie "" when Billy phones a former high school classmate, played by , to apologize for picking on him.

It was also used on HBO's "" in the season 2 episode "Vision Thing."