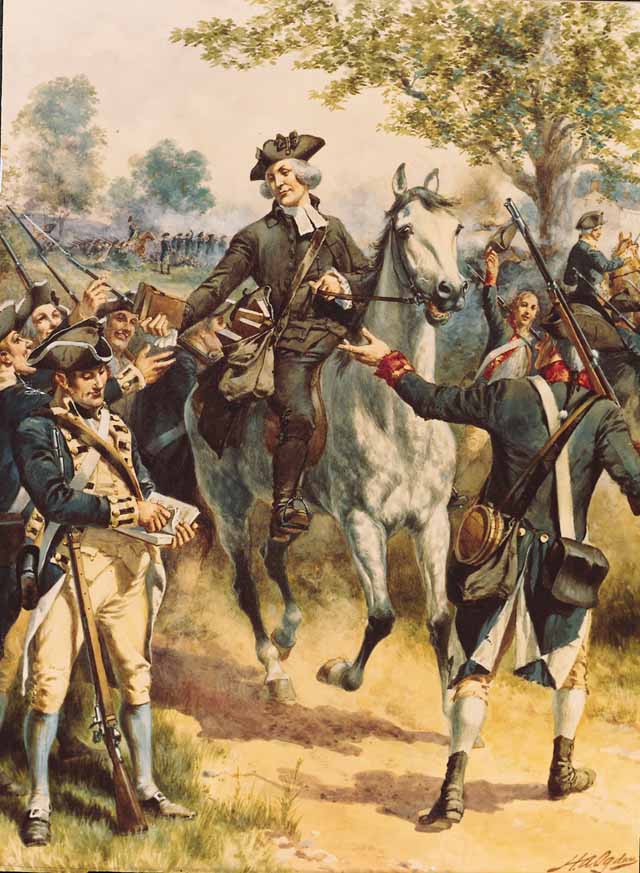 He was born in Cub Creek in , the seventh son of John and Margaret Caldwell, who were settlers. He graduated from the College of New Jersey (which later became ) in 1759 and, though he inherited convert|500|acre|km2 in Cub Creek, became pastor of the church in . He was an active partisan on the side of the Patriots, and was known as the "soldier parson." His church and his house were burned by Loyalists in 1780.

While Caldwell was stationed with the army in Morristown, his wife Hannah was killed by British gunfire under disputed circumstances during the in what is now Union Township. His wife stayed at home with their baby and a 3 year old toddler. As the British moved into Connecticut Farms, Hannah Caldwell was shot through a window or wall as she sat with her children on a bed.

Caldwell, who fought in the Battle of Springfield, was killed by an American sentry in when he refused to have a package inspected. The sentry, James Morgan, was hanged for murder on , in , amid rumors that he had been bribed to kill the chaplain. There were nine orphaned children of Hannah and James Caldwell, all of whom were raised by friends of the family.