The Dodge Lancer is a passenger car from the Dodge division of Chrysler Corporation. Dodge used the Lancer name on three different vehicles over the years.

Dodge used the Lancer name from 1955 to 1959 to designate both two and four door pillarless hardtop models in the Coronet, Royal and Custom Royal lines. The Custom Royal Lancer was a hardtop only and top of the line model for Dodge in 1959. There were 6278 2 door hardtops made and 5019 4 door hardtops made in 1959. Only 11,397 Custom Royal Lancers were made. The Custom Royal Lancer featured a big block engine 361 cubic inches at 305 horsepower. A D-500 option was available which was a 383 cubic inch engine with a single Carter 4 barrel carburetor rated at 320 horsepower and a Super D-500 engine option, a 383 cubic inch engine with dual 4 barrel carburetors rated at 340 horsepower. The Custom Royal Lancer also featured padded dashboard, steering wheel, Lancer emblems on the fenders, steering wheel, hubcaps and glove box, foot operated wind sheild wipers, dual radio antennas, deluxe side trim and thick chrome eyebrows. Optional equipment included power windows, brakes, air conditioning and swivel seats. The Lancer designation was dropped for 1960.

For the 1961 model year, Dodge applied the Lancer nameplate to its higher-priced, upmarket badge-engineered clone of Chrysler's very popular Valiant compact. The model was introduced when Chrysler officially assigned the Valiant to Plymouth division for 1961, leaving Dodge dealers without a compact to sell. All the same body variants available on the Valiant were also available on the Lancer: 2- and 4-door sedans, 2-door coupes, and 4-door wagons.

The Lancer wheelbase and body shell were identical to those of the Valiant, but interior and exterior trim were fancier on the Lancer. Lancers featured round taillights and a full-width grille, instead of the Valiant's cat's-eye taillights and central grille. For 1961, trim levels were the basic 170 and the premium 770. In 1961, the 2-door hardtop was marketed as the Lancer 770 Sports Coupe, essentially a "performance appearance package". For 1962, the Sports Coupe was given the more concise model name of GT and carried premium trim; 2-tone paint was available and instead of the front bench seat, there were two bucket seats. 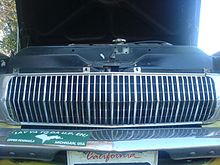 Also for the 1962 model, "Lancer GT" medallions were mounted on the doors' interior trim panels below the vent window and on the sides of the front fenders just aft of the headlamps. "GT" emblems were placed on the hood, the deck lid, and on the vinyl dash pad. The headlamp bezels and the grille's horizontal slats were blacked-out. The GT also lacked certain ornamentation found on the 170s and 770s such as the "Lancer" door scripts, the slanted chrome hash marks on the lower quarter panels, and the hook-ended stainless steel door-to-fender spears.

Transmission options were a Chrysler-built A903 3-speed manual with the shifter on the floor in 1961 and on the steering column in 1962, or a pushbutton-operated A904 Torqueflite 3-speed automatic.

In the 1962 NHRA Winternatonals, Wayne Weihe took home the win in the C/FX (Factory Experimental) class with his Hyper-Pak-equipped Lancer, clocking in a 15.67 E.T.[1] Although the bigger Dodges were beginning to appear at drag strips around the country, the Golden Lancer of Dode Martin and Jim Nelson was just about the fastest compact on the strips in 1962. Stuffed into the engine compartment was a 413 cu in / 6.77 liters Chrysler RB V8 engine modified by the Chrysler engineers' Ramchargers racing team. The Golden Lancer raced successfully in A/FX class and could do the quarter mile in 12.68 seconds at 113 mph.[2]

Lancer sales did not meet expectations[citation needed] and sold about half as well as the Valiant. As a late part of the total redesign of Dodge's compact car for 1963, the Lancer name was discontinued. Dodge compacts for 1963 through 1976 were named Dart, a name that had previously been assigned to a larger car produced by Dodge from 1960 to 1962.

In South Africa, a right hand drive version of the Lancer was sold from 1961 through 1963, badged as the DeSoto Rebel not very long after the DeSoto name was discontinued in the U.S. All Rebels were equipped with the 170 cu in/2.8 l Slant 6 engine, and most were equipped with the 3-speed manual transmission. As with the Australian RV1 and SV1 Valiants, the Rebel used the instrument cluster from the US 1961 Plymouth Valiant. White reflectors were mounted to the front bumper, in compliance with South African vehicle equipment regulations. The Rebel name was re-introduced by Chrysler South Africa in 1967 as the economy-priced Valiant Rebel.

The Dodge Lancer was re-introduced in 1985 as a mid-sized 5-door hatchback. It was a clone to the Chrysler LeBaron GTS and was based on the Chrysler H platform, a stretched version of the Chrysler K platform. The Lancer eventually slotted between the Aries and the 600. All Lancers were built in Sterling Heights, Michigan. Production ended on April 7, 1989, replaced by the Spirit.

The 1988 to 1989 Lancer Shelby was a factory appearance and handling package including upgraded sway bars, shorter springs, and quicker steering along with an assortment of comfort and convenience features including leather seats, power locks, windows, seats, and mirrors, a tilt steering wheel and a two-position cup holder.[citation needed]

The intercooled Turbo II engine with the manual transmission provided 175 hp (130 kW). The automatic variant was equipped with the 146 hp (109 kW) Turbo I[citation needed]. Although it was not planned as a limited edition, only 279 Lancer Shelbys were produced in 1988 and 208 in 1989[citation needed].

In April 1988, Chrysler started offering some models on the European market. One of them was the Chrysler GTS, a rebadged version of the Dodge Lancer ES. Due to European vehicle regulations, the exterior appearance was slightly different. The rear turn signals were amber rather than red, the front sidemarkers and the centre hight mount stop lamp (CHMSL) were blanked off, small round repeaters were installed into the front fenders, and the sideview mirrors were of spring-hinged rather than rigid design. The engine options included the naturally aspirated 2.2 l/134 cu in Four, and a turbocharged version of the same engine. From 1989 on, the 2.5 l/153 cu in Four became available with or without a turbocharger. The 2.2 engine was dropped, except for the Turbo II version that was standard equipment on the Chrysler GTS Shelby, the European sibling of the Dodge Lancer Shelby. A five-speed manual gearbox was standard, with a three-speed automatic transmission as an extra cost option. The GTS Shelby came only with the manual transmission.

The Chrysler GTS had few buyers in Europe; the competition was too hard. Even the comparatively low prices could not help, and sales figures were very low. By the end of 1989, the GTS was replaced by the Saratoga.