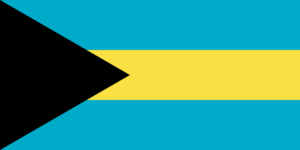 The Bahamas cricket team is the team that represents the in international cricket matches.

The Bahamas became an affiliate member of the ICC in 1987 [http://www.cricketarchive.co.uk/Archive/Countries/40.html] , although they didn't appear in international competition until the in 2002. They came fifth in that tournament, gaining a surprise win over hosts Argentina. They again played in the tournament in 2004, this time coming through a qualifying tournament. They finished last in the main tournament though, which meant they played in Division Two of the new divisional system in 2006. They finished second in that tournament, which wasn't good enough to qualify for Division One. They will remain in Division two in 2008.

In 2006, The Bahamas were one of the teams invited to take part in the . They got $100,000 for participating in the tournament, but were eliminated at the first hurdle by the Cayman Islands.