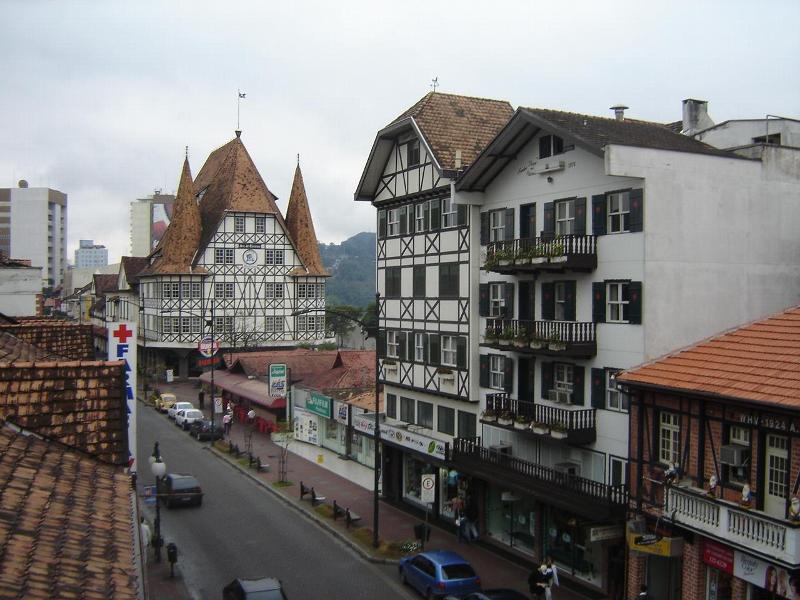 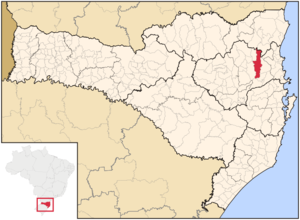 Blumenau is a city in Santa Catarina state in southern . It was founded on , by Dr. Otto along with 17 German . A few years later migrated to Blumenau as well.

The name of the city is of German origin, with "Blumen" meaning "flowers", and "Au" being a suffix used to refer to s. "Blumenau" hence means "Floodplain of Flowers".

As of 2006, Blumenau had an estimated population of 300,000 people, with an area of 510 km². The main ethnic groups of the city are Germans (majority) and Italians. The city displays many historical and cultural reminders of their heritage, such as houses and other buildings built in a traditional German style, statues, and memorials.

The municipality's economy is based on industry, commerce, and tourism. The city is a major textile center of Brazil. The headquarters of and Karsten are located there. Recently, Blumenau has also become important in software development, with , , and Benner as its main software employers. Another recent economic development is beer production, with the micro-brewery .

The principal commercial streets are found in the central area, with XV de Novembro being the most important thoroughfare. Blumenau also has many shopping centers, with Neumarkt being the biggest, its tower easily visible against the city's skyline.

The most significant period for tourism is during , a traditional n beer festival. Oktoberfest was created in 1984 after the second major flood to celebrate the resilience of its people. In 2005 there were 365,288 tickets sold, and 266,811 liters of beer were bought at its pavilions.

Blumenau has 2 districts and 33 neighbourhoods:

* The city was owned by its founder for 32 years, until it was emancipated in March 18th, 1882.
* Blumenau was Brazil's first city to have public electrical lights in the streets. They started working in February 19th, 1909.
* The city was divided in 1934, creating four new towns: Gaspar, Indaial, Timbó, and Dalbérgia (later renamed Ibirama).
* Cinema began in Blumenau in 1900. Radio arrived in 1935, and television in 1969.
* Teatro Carlos Gomes, the city's main theatre, was opened to the public in 1939.
* In 1956 the city's first major church opened. It was later rebuilt in 1963, with the addition of a bell tower.
* The city's most famous landmark is Moellman's Castle, a replica of the city hall of the German city . It was inaugurated in 1978.
* The city's new city hall was inaugurated in 1982.
* Blumenau's first shopping center opened in 1994.