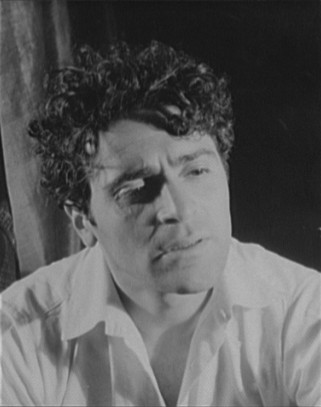 Born František Lederer to a family near (then part of ), Lederer was raised ly, speaking both Czech and German, and, accordingly, also used the German form of his name, Franz Lederer. His father, Josef, was a leather merchant, and as a young man, Frantisek worked as a delivery boy for a department store in Prague.

Lederer's fell in love with acting when he was young, and was trained at the Academy of Music and Academy of Dramatic Art in Prague.

In the late 1920s, Lederer was lured into films by the German actress Henny Porten and her producer husband. Because of his good looks, it took some time for the critics to take him seriously, but his association with directors such as , for whom he did "Pandora's Box" with [imdb title|0018737|Die Büchse der Pandora] and "Atlantic" [imdb title|0019657|Atlantik] (both 1929), helped him overcome that problem. He was also notable in "" in the same year. Lederer, who was billed as "Franz" at this time, easily made the transition from s to talkies, and was on his way to becoming one of 's top male film stars.

In 1931, Lederer was in to perform on stage in "" and the next year in "Autumn Crocus", which he then performed on Broadway

In Lederer's first American movies were fairly light fare in which he played the leading man, in films such as "" (fy|1934), "" (fy|1934), opposite , "" (fy|1935), opposite , and "" (fy|1936). It was 's plan to make Lederer "the biggest star in Hollywood" but the death of Thalberg ended that, and Lederer never really caught on as a star in the American mode, perhaps because his Continental air didn't go over well in an increasingly xenophobic culture.

Although he continued to occasionally play leads &ndash; notably when he was a playboy in 's "Midnight" with and in fy|1939 &ndash; in the late 1930s Lederer began to expand his film acting repertoire with offbeat character parts, even playing villains. praised Lederer's performance as a ist opposite him in "" in fy|1939, and he earned plaudits for his portrayal of a Fascist in "" (fy|1940) opposite . He also played a for "" in fy|1958.

He would continue to make television appearances for the next ten years in such shows as "The Untouchables", "", "" and "". His final TV appearance occurred in a 1971 episode of "".

In his later life, Lederer, who had become very wealthy by investing in real estate, especially in the area, where he lived, was active in civic affairs, philanthropy and politics. He served as Recreation and Parks Commissioner for Los Angeles, received awards for his efforts to beautify the city and was honorary mayor of Canoga Park for a time. He became involved with peace movements, taught acting, and was one of the founders of the in Los Angeles, and the in . In 2000, he was honored by the Austrian government with the Cross of Honor for Science and Arts, First Class.

Although Lederer had been married briefly twice before &ndash; the second time to the actress María Marguerita Guadalupe Teresa Estela Bolado, who went by the stage name Margo &ndash; his third marriage to Marion Irvine, who served as Los Angeles' Commissioner of Cultural Affairs, lasted 59 years. Lederer worked up until the week before he died, at the age of 100, in , one of the last surviving World War I veterans of the Austro-Hungarian army.