The St. Paul Pioneer Press is a newspaper based in St. Paul, Minnesota, primarily serving the Twin Cities metropolitan area. Circulation is heaviest in the eastern metro region, including Ramsey, Dakota, and Washington counties, along with western Wisconsin, eastern Minnesota and Anoka County, Minnesota. The paper primarily competes with the Star Tribune, based in neighboring Minneapolis. It has been owned by MediaNews Group since April 2006. 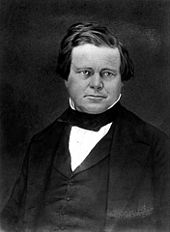 The Pioneer Press traces its history back to both the Minnesota Pioneer, Minnesota's first daily newspaper (which was founded in 1849 by James M. Goodhue), and the Saint Paul Dispatch (which was launched in 1868). Ridder Publications acquired the Minnesota Pioneer and the Dispatch in 1927. Ridder merged with Knight Publications to form Knight Ridder in 1974. The two papers were operated for many years as separate morning and evening papers, but were merged into an all-day publication in 1985 as the St. Paul Pioneer Press and Dispatch and made the transition to morning-only newspaper in 1990, when they dropped the word "Dispatch". It is sometimes referred to as the "Pi Press", by reference to the nickname of "Strib" used for the Star Tribune.

From 1947 to 1949, the newspaper printed the comic strip Li'l Folks, by St. Paul native Charles M. Schulz. This comic introduced a number of characters who would later return in 1950 in the syndicated comic strip Peanuts, including Charlie Brown and a dog strongly resembling Snoopy.

In 1952, the Dispatch began sponsoring a treasure hunt as part of the Saint Paul Winter Carnival. Clues to finding a medallion are printed in the paper, and the first person to find it wins a sum of money. The prize started off at $1,000, but has risen to $10,000 as of 2004.

The McClatchy Company acquired the paper in June 2006 when it bought Knight Ridder. As owner of the Star Tribune, McClatchy had to sell the Pioneer Press because of antitrust concerns.[2] The Pioneer Press was subsequently sold by McClatchy to MediaNews Group later in the year.