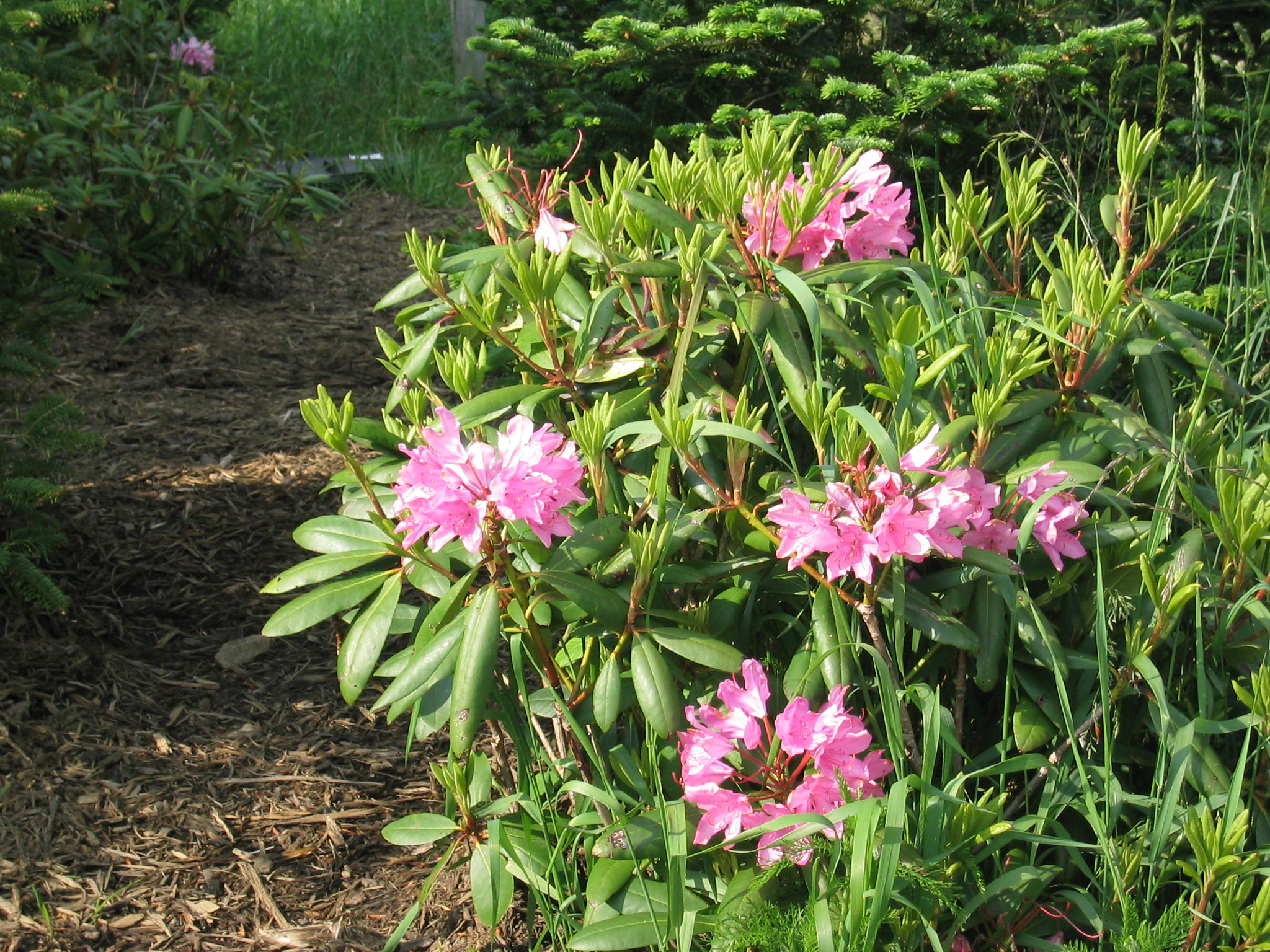 "Rhododendron catawbiense" (Catawba Rhododendron) is a species of "" native to the eastern , growing mainly in the from south to northern .

The species is named after the Catawba tribe of Native Americans.

It is a popular , both in North America and also in , grown for its spring flower display. Outside of its native range, it is naturalized locally north to .

It is very closely related to (and very difficult to distinguish from) the an species "", and hybridizes readily with it in cultivation; the hybrid is invasive in parts of northeastern in areas too cold for typical "R. ponticum" to thrive (Milne & Abbott 2000); the presence of this hybrid was only determined by genetic analysis.