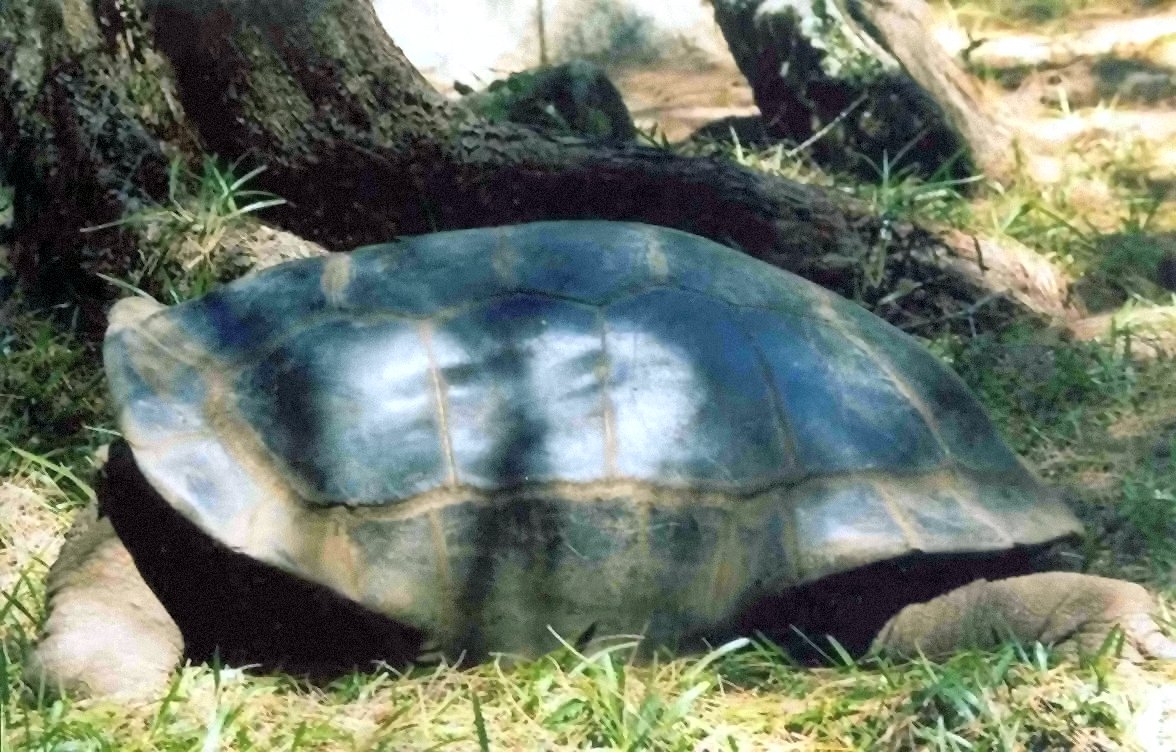 Arnold's Giant Tortoise ("Dipsochelys arnoldi") also known as the Seychelles saddle-backed tortoise inhabited the granitic islands until around 1840. At that time it was presumed to be extinct along with the ; a species which shared the same islands.

The report of oddly-shaped of tortoises in captivity in the mid-1990s prompted the Nature Protection Trust of Seychelles to investigate the identity of these captive tortoises. Examination of museum specimens of the 'extinct' Seychelles and Arnold species seemed to confirm that some living tortoises do show characteristics of the supposedly extinct species. However, some recently published scientific papers on the genetics of the Seychelles and Indian Ocean tortoises provide conflicting results. Some studies suggest that only one species was ever present in the islands whilst others suggest three distinct, but closely related species.

These different views derive from studies of different genes. A synthesis of all available genetic data indicates that Arnold's tortoise is genetically the most distinctive "Dipsochelys" tortoise. This fits with the ecology and morphology of the species, as a highly distinctive tortoise adapted to feeding on low vegetation rather than the grazing habits of the and Aldabra giant tortoise. Due to its unusual 'saddlebacked' shape, this is the only Seychelles tortoise species that regularly basks in the sun. The other species will do so occasionally, but Arnold's tortoises rapidly lose heat from the skin of their exposed necks and need to heat up in the sun in the mornings.