Fig. 1: Heat flow between two solids in contact and the temperature distribution.

When two solid bodies come in contact, such as A and B in Figure 1, heat flows from the hotter body to the colder body. From experience, the temperature profile along the two bodies varies, approximately, as shown in the figure. A temperature drop is observed at the interface between the two surfaces in contact. This phenomenon is said to be a result of a thermal contact resistance existing between the contacting surfaces. Thermal contact resistance is defined as the ratio between this temperature drop and the average heat flow across the interface.[1]

According to Fourier's law, the heat flow between the bodies is found by the relation:

(1)
where q is the heat flow, k is the thermal conductivity, A is the cross sectional area and dT / dx is the temperature gradient in the direction of flow.

From considerations of energy conservation, the heat flow between the two bodies in contact, bodies A and B, is found as: 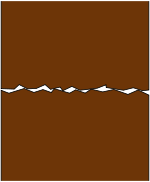 Fig. 2: An enlargement of the interface between two contacting surfaces. The finish quality is exaggerated for the sake of the argument.

Thermal contact conductance is a complicated phenomenon, influenced by many factors. Experience shows that the most important ones are as follows:

Since the contact pressure is the most important factor, most studies, correlations and mathematical models for measurement of contact conductance are done as a function of this factor.

The thermal contact resistance of certain sandwich kinds of materials that are manufactured by rolling under high temperatures may sometimes be ignored because the decrease in thermal conductivity between them is negligible.

No truly smooth surfaces really exist, and surface imperfections are visible under a microscope. As a result, when two bodies are pressed together, contact is only performed in a finite number of points, separated by relatively large gaps, as can be shown in Fig. 2. Since the actual contact area is reduced, another resistance for heat flow exists. The gases/fluids filling these gaps may largely influence the total heat flow across the interface. The thermal conductivity of the interstitial material and its pressure are the two properties governing its influence on contact conductance.

In the absence of interstitial materials, as in a vacuum, the contact resistance will be much larger, since flow through the intimate contact points is dominant.

One can characterise a surface that has undergone certain finishing operations by three properties: roughness, waviness and flatness. Among these, roughness is of most importance, and is usually indicated by an rms value, σ.

When the two bodies come in contact, surface deformation may occur on both bodies. This deformation may either be plastic or elastic, depending on the material properties and the contact pressure. When a surface undergoes plastic deformation, contact resistance is lowered, since the deformation causes the actual contact area to increase[5][6]

The presence of dust particles, acids, etc., can also influence the contact conductance.

Going back to Formula 2, calculation of the thermal contact conductance may prove difficult, even impossible, due to the difficulty in measuring the contact area, A (A product of surface characteristics, as explained earlier). Because of this, contact conductance/resistance is usually found experimentally, by using a standard apparatus.

The results of such experiments are usually published in Engineering literature, on journals such as Journal of Heat Transfer, International Journal of Heat and Mass Transfer, etc. Unfortunately, a centralized database of contact conductance coefficients does not exist, a situation which sometimes causes companies to use outdated, irrelevant data, or not taking contact conductance as a consideration at all.

DEAD LINK!!! CoCoE (Contact Conductance Estimator), a project founded to solve this problem and create a centralized database of contact conductance data and a computer program that uses it, was started in 2006.