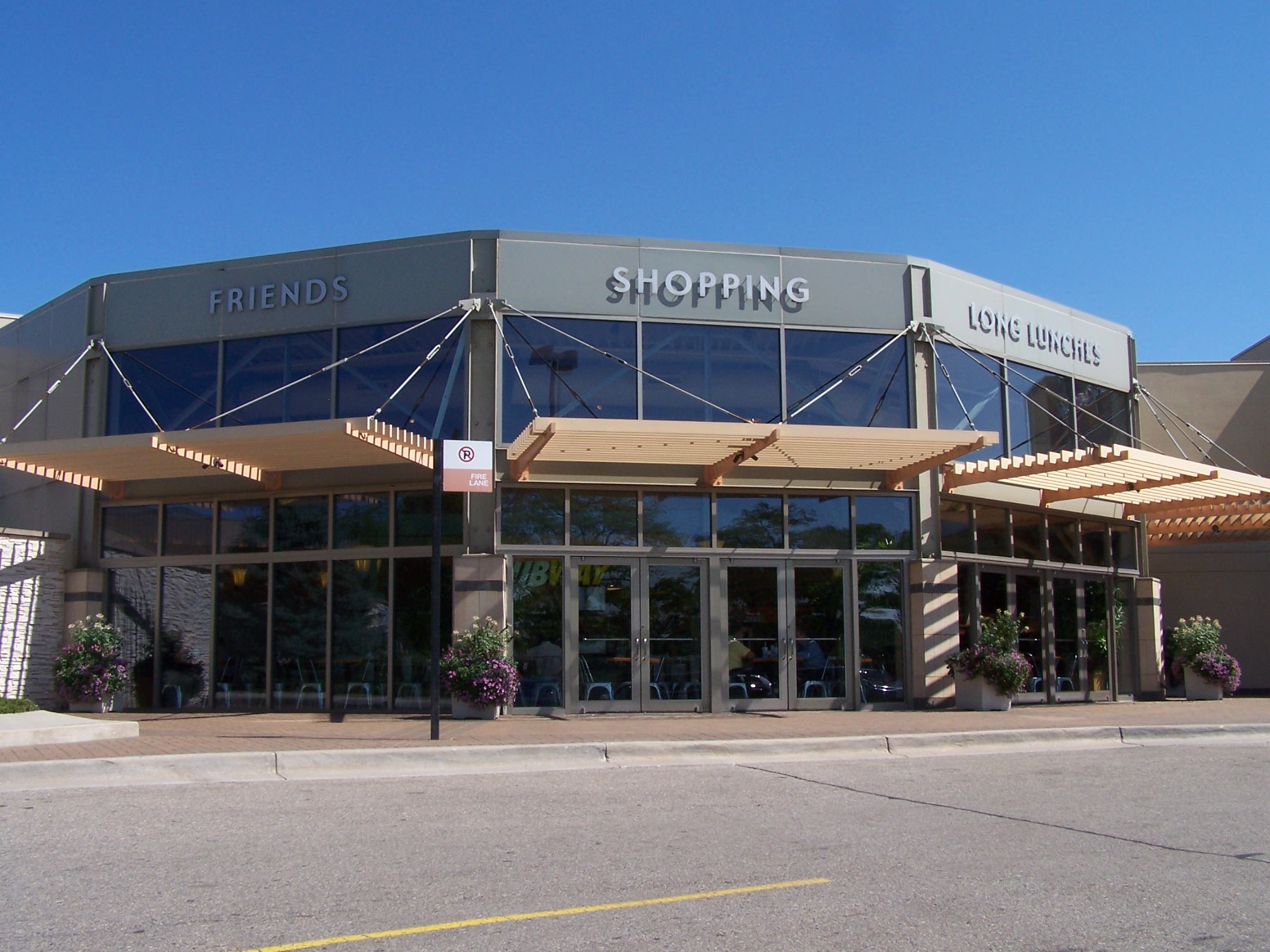 Fairlane Town Center is a super-regional in the suburb of . The mall is one of three super-regional Taubman malls built in the metro area in the 1970's, the other two being in and Lakeside Mall in . Its are , , and Sears. The mall includes an multiplex, as well as , , and among other major stores. The mall features a large and several other eateries. In 2007, the mall completed a major three year renovation project.

Developed by , Fairlane Town Center opened on , . The mall's original anchor stores included , JCPenney, and Sears; additional features included an , a , as well as an elevated monorail car that shuttled shoppers between the mall and the nearby Hyatt Regency Hotel. was also added in 1978. opened at the mall in 1980. A United Artists theater was added in the early 1980s. It was closed and demolished in the late 1990s. A Star Theatre multiplex was added in 1999. Also in 1999 a Lifestyle Cafe (food court) was added. In 2006 AMC merged with Star and it became AMC Star. The mall's ice rink was demolished upon Lord & Taylor's arrival. Saks Fifth Avenue opened Off 5th Outlet in the late 1990s.

Hudson's adopted the name in 2001 shortly before the chain was acquired by and again in 2005 by ; in 2006, the store was converted to along with all other Marshall Field's stores in Michigan. Lord & Taylor closed in 2006 and is currently vacant. As a result of this closure, the mall erected a wall in the middle of this wing.

In 2007, the mall completed a major three year renovation project.

The interior of the Fairlane Town Center is unique and innovative following the themes of other Taubman shopping centers.

The internal pedestrian network consists of two floors throught most of the mall, and a third level designed into the middle of the center courts. The middle level design is perhaps one of the most unusual designs of the mall, sharing the concept with . One side of the center of the mall is lower, and a middle level is formed between the upper and lower levels, thus creating a three level design in the center courts while maintaining a two level design throughout the rest of the mall. Due to the original ACT monorail system, there are dual interior courts rather than a single grand court. The south central court was originally designed as an activity center, with a stage and seating areas, and the north central court was designed as the location of a large terraced fountain.

Each anchor court features a large sculpture and seating areas. The interior features terrazzo-tiled flooring, wood trimmed glass railings, and white walls and ceilings articulated with geometric, hexegon shaped skylights featuring three hallogen lights mounted on the apex of each dome. Access among the three retail levels is provided by a complex network stairs, ramps, escalators, and two lighted "octa-lift" elevators each located in the center of the mall.