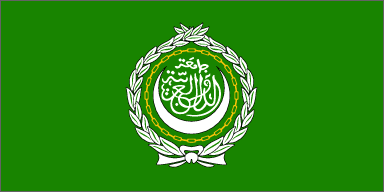 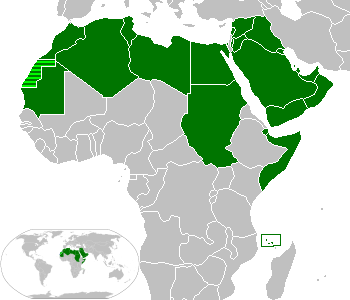 The main goal of the league is to:

The Arab League is involved in political, economic, cultural, and social programs designed to promote the interests of its member states. It has served as a forum for the member states to coordinate their policy positions, to deliberate on matters of common concern, to settle some Arab disputes, and to limit conflicts such as the . The league has served as a platform for the drafting and conclusion of many landmark documents promoting economic integration. One example is the "" which sets out the principles for economic activities in the region.

Each member state has one vote in the "League Council", while decisions are binding only for those states that have voted for them. The aims of the league in 1945 were to strengthen and coordinate the political, cultural, economic, and social programs of its members, and to mediate disputes among them or between them and third parties. Furthermore, the signing of an agreement on "Joint Defense and Economic Cooperation" on April 13, 1950 committed the signatories to coordination of military defense measures.

The Arab league has played an important role in shaping school curricula; advancing the role of women in the Arab societies; promoting child welfare; encouraging youth and sports programs; preserving Arab cultural heritage and fostering cultural exchanges between the member states. Literacy campaigns have been launched, intellectual works reproduced, and modern technical terminology is translated for the use within member states. The league encourages measures against crime and drug abuse, and deals with labor issues—particularly among the emigrant Arab workforce.

The Arab League was founded in Cairo in 1945 by , , , , , ( from 1946), and . There was a continual increase in membership during the second half of the 20th century, with additional 15 Arab states and 3 observers being admitted.

Egypt's membership was suspended in 1979 after it signed the , and the League's headquarters were moved from Cairo to Tunis. In 1987, Arab countries restored diplomatic relations with Egypt and the country was readmitted to the league in 1989 while the league's headquarters moved back to Cairo. In September 2006, was accepted as an observer, and India in 2007.

is not a member despite 20% of its population being of Arab origin and Arabic being an official language. Neither is a member, although Arabic is in both official and vernacular use there.

The current members and "observers" of the Arab League are listed below along with their admission dates.
-
colspan="2" style="font-size:90%;"
"Notes:" :fnb|a Date of foundation.:fnb|b As .:fnb|c Libya announced its withdrawal on October 24, 2002, which would have been effective one year later; however, Libya then retracted its decision to withdraw on January 16, 2003, reaffirmed it on April 3, 2003, before retracting it again on May 25, 2003.:fnb|d The of is disputed between and the 's government. The Arab League recognizes it as a part of Morocco.:fnb|e Representatives from the (PLO).

The area of members of the Arab League covers around 14 million km2 and straddles two continents: as well as Northern and Northeastern Africa. The area consists of large arid deserts, namely the . Nevertheless, it also contains several very fertile lands, such as the Valley, the High , and the which stretches from over and to . The area comprises also deep forests in southern Arabia and southern as well as the major parts of the world's longest river—the Nile.

The Charter of the Arab League endorsed the principle of an Arab homeland while respecting the of the individual member states. The internal regulations of the Council of the League

Since then, governance of the Arab League has been based on the duality of supra-national institutions and the sovereignty of the member states. Preservation of individual statehood derived its strengths from the natural preference of ruling elites to maintain their power and independence in decision making. Moreover, the fear of the richer that the poorer may share their wealth in the name of , the feuds among Arab rulers, and the influence of external powers that might oppose Arab unity can be seen as obstacles towards a deeper integration of the league.

The Arab League is rich in resources, with enormous and resources; it also has great fertile lands in South of the , usually referred to as the food basket of the . The region's instability has not affected its tourism industry, that is considered the fastest growing industry in the region, with , , , , and leading the way. Another industry that is growing steadily in the Arab League is telecommunications. Within less than a decade, local companies such as and have managed to compete internationally.

Economic achievements initiated by the League amongst member states have been less impressive than those achieved by other smaller Arab organizations such as the (GCC). However, several promising major economic projects are set to be completed soon. Among them is the , scheduled to be accomplished in 2010. It will transport Egyptian and Iraqi gas to Jordan, Syria, Lebanon, and Turkey. The (GAFTA), planned to come into effect on January 1, 2008, will render 95% of all Arab products free of customs.

Economic development in the Arab League is very disparate. Significant difference in wealth and economic conditions exist between the rich oil states of , , , and on the one hand, and poor countries like the , , and on the other hand. Arab economic funding is under development. As an example, the Arab League agreed to support the Sudanese region of with 500 million dollars, and Egyptian and Libyan companies are planning to build several wells in this dry area.

This following table lists the (GDP) of the Arab League and its member states based on (PPP) and measured in . If not indicated otherwise, the figures are based on the 2007 data published by the , World Economic Outlook Database, in April 2008.

Mindful of their previous announcements in support of the Arabs of the framers of the Pact were determined to include them within the league from its inauguration.

At the of 1964, the Arab League initiated the creation of an organization representing the Palestinian people. The first convened in on May 29, 1964. The was founded during this meeting on June 2, 1964.

At the on March 28, 2002 the league adopted the Arab Peace Initiative,

The Peace Initiative was again endorsed at 2007 in the . In July 2007, the Arab League sent a mission, consisting of the ian and ian foreign ministers, to Israel to promote the initiative. The mission was welcomed with reservations by Israel.Fact|date=July 2008

Demographics of the Arab League

The Arab League is a culturally and ethnically diverse association of 22 member states. As of January 1, 2007, about 314,000,000 people live in the states of the Arab League. Its population grows faster than in most other global regions. This threatens to diminish the slow economic expansion expected in the league's developing countries.Fact|date=July 2008

The most populous member state is , with a population of about 80 million. The least populated is , with about 500,000 inhabitants. Most of the have large populations of foreign laborers. The 's Arab population counts for less than 20% of its total population, while 50% originate from South- and .Fact|date=July 2008 Some Gulf states also import cheap Arab labor, mainly from , , and .

Since large parts of the Arab League are deserts, the population is concentrated in and around cities where most the trade and industry are located. The largest are , followed by , , , , and .

Comparisons with other organizations

The Arab League differs notably from the , in that it has not achieved a significant degree of regional integration and the organization itself has no direct relations with the citizens of its member states. However, the Arab League is based on principles that support and promote a unified Arab nationalism and a common position among Arabic states on various issues. In this respect, it contrasts the African Union where unified nationalism is impossible due to the heterogeneity of its members.

All Arab League members are also members of the . In turn, the memberships of the smaller GCC and organizations are subsets of that of the league.