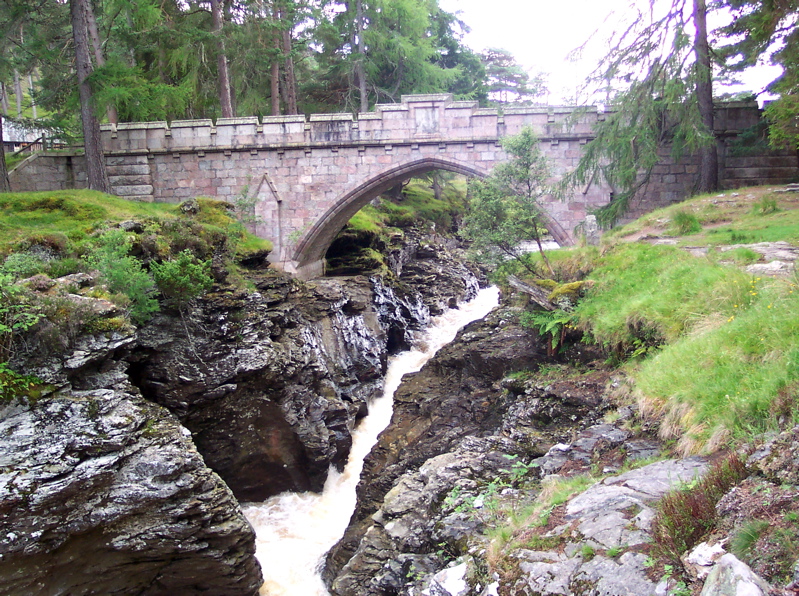 caption = The Linn of Dee on the River Dee near . "Linn" is the Scots word for "".
locator_x =
locator_y =
location = , , , , Highland, ,
nearest_city =
lat_degrees =
lat_minutes =
lat_seconds =
lat_direction =
long_degrees =
long_minutes =
long_seconds =
long_direction =
area = 3,800 km²
established =
visitation_num =
visitation_year =
governing_body = National Park AuthorityThe Cairngorms National Park ( "Pàirc Nàiseanta a' Mhonaidh Ruaidh") is a in north east , established in 2003. It was the second of two national parks established by the , after , set up in 2002. The park covers the range of , and surrounding hills. Initially the largest national park in the , there are plans to expand the park into highland .

The Cairngorms National Park covers an area of 3,800 (1,467 ) in , , Highland and Regions. The are a spectacular and unique wilderness. Recognised as a , the area is managed to protect the natural environment while encouraging enjoyment through activities and family attractions. is a popular holiday destination. lies within the National Park.

Before the National Park was established in 2003, conducted a consultation exercise, considering the boundary and the powers and structure of the new park authority.Fact|date=April 2008 One option presented for the area included , , and , making the park twice as big as the .Fact|date=April 2008 The area finally chosen was smaller than expected, but still the largest in Britain. It involved the boundary areas of , , , and . Many groups and local communities felt that a large area of highland should form part of the park and carried out a sustained campaign.Fact|date=April 2008

On announced that the National Park would be extended to take in and .

ettlements within the national park

Only the heads of the are within the park: they do not contain any villages.