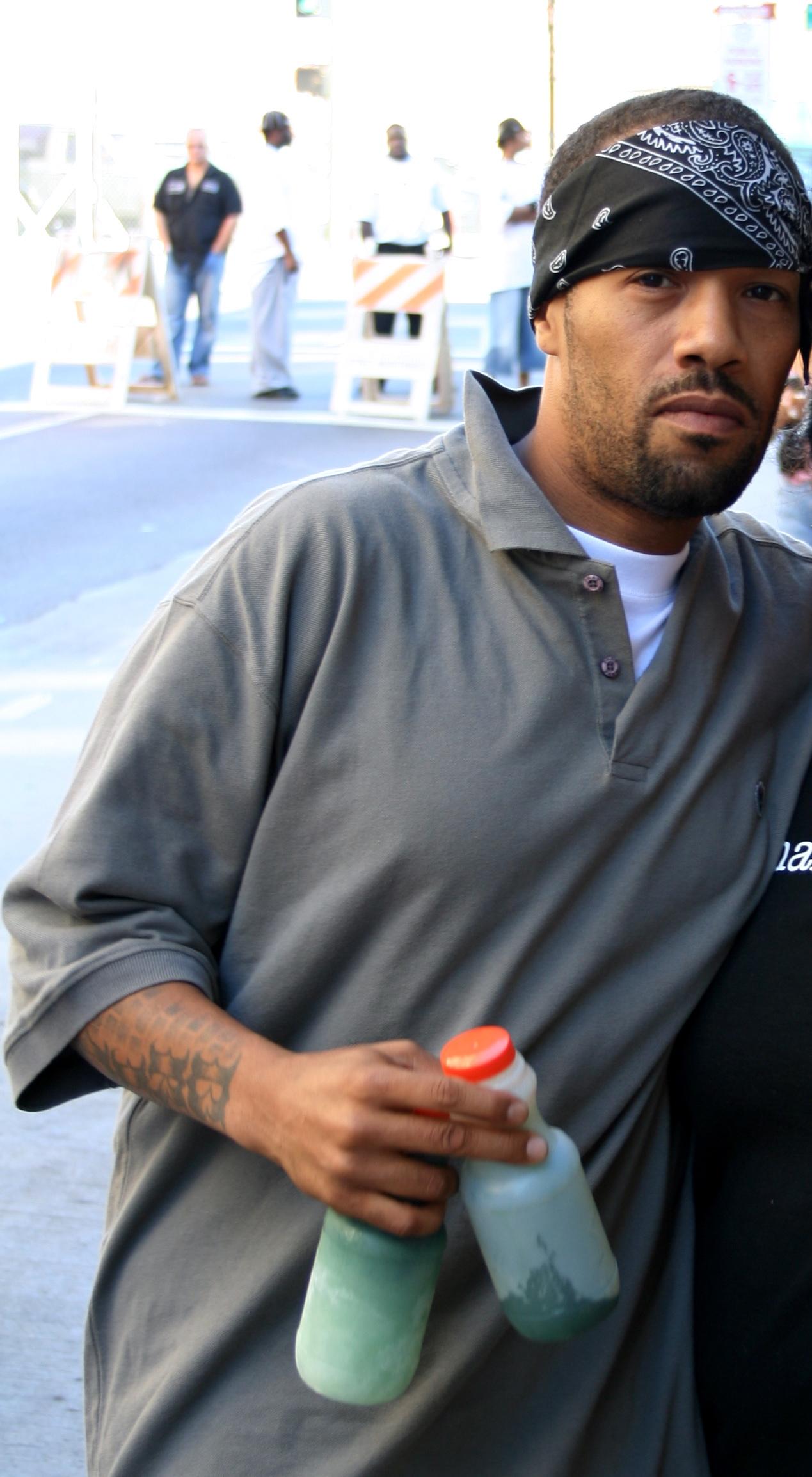 Reginald "Reggie" Noble (born ), better known by his Redman, is an American rapper and . He came to fame in the early 1990s as an artist on the label. He is also well known for his collaborations with , including their starring roles in films and sitcoms.

Redman was born in . Newark is also known as Brick City New Jersey, where he lived in Waterside Gardens and attended Brick High. In 1992 Redman released his debut album, "", which "" noted for blending "reggae and funk influences" with a "terse, though fluid rap style".

Redman's solo career continued throughout the remainder of the decade, with each of his albums selling at least half a million copies. His musical style has remained very consistent, rarely deviating from a combination of Redman's unique braggadocious wit and hard hitting beats. In addition to releasing albums under his own name, he is part of the group (along with Keith Murray and ) with whom he released the 1998 album "", and also has formed a close partnership with labelmate (of the ) with whom he released the 1999 album "".

Redman had his best-known international hit with , when he was featured on her 2002 single "". Around this time he was also featured on a popular remix of 's track "Get This Party Started". Since the release of Malpractice, he has kept his fans happy by independently releasing the "Ill At Will" s, which feature various members of his Gilla House crew, including and Icarus. Other members under Redman's Gilla House imprint include Ready Roc, E3, Young Heat, and Melanie. Under his birthname, Reggie Noble, Redman has done production for himself, many of his crew members, and even Shaquille O'Neal on his 'Shaq-Fu: Da Return' album.

In March 2007, Redman released "". He says that the reason for the long wait to drop the album is because of the fast-changing pace of Hip Hop on his MySpace interview. [ [http://vids.myspace.com/index.cfm?fuseaction=vids.individual&videoid=2026629915 Vidéos MySpaceTV : Redman Blog Check on myspace.com/hiphop par A Place For Hip Hop ] ]

In 2001, Redman co-starred with Method Man in the stoner comedy film "", which featured the pair playing two marijuana-addled students attempting to survive at . Redman also stated at a recent concert (at the Showbox in Seattle) that he and Method Man are working on , a sequel to the first movie. Redman also played a major role in the horror film "". He has been very selective of what movie roles he takes and wants to play starring roles with other notable actors. [ [http://vids.myspace.com/index.cfm?fuseaction=vids.individual&videoid=2026629915 Vidéos MySpaceTV : Redman Blog Check on myspace.com/hiphop par A Place For Hip Hop ] ] Method Man and Redman also appear in "", ' and ' video games, often as tag team partners, and briefly had their own television , "", on Fox during the 2003–2004 season.In the for 's single , Redman plays the part of the "Original Prankster".

Redman also features on the video game "". He provides the voice of himself in a mini-game where he tries to escape New York during a riot. This character also has a cameo in the main storyline.

In the U.K, Redman was featured in an "" special on MTV and TMF. The special was titled "Crap Cribs".

In 2004, Redman again co-starred with Method Man in the Nickelodeon cartoon, "" in "", rapping several songs.

In August 2007, Redman played a show at the Showbox in Seattle, WA on very short notice after canceled his concert. Redman flew from San Francisco, CA after the concert promoters contacted him. In November 2007, Redman performed at the 20th annual "" . [ [http://www.cannabiscup.com/ht/cancup/content.php?bid=251&aid=9 Redman is headed for the Comedy Cup!] ]

Redman boarded his Dog "Daddy" with who is featured often on the as one of Cesar's "Pack" helping to rehabilitate other dogs. He signed Daddy over to Cesar as he felt it would be too complicated to return Daddy to him due to his age and bond with Cesar.