Minnesota State University, Mankato (Minnesota State Mankato) (MSU) is a public four-year university located in Mankato, Minnesota, a community of 53,000 located 75 miles (121 km) southwest of Minneapolis-St. Paul. As of Fall 2011, the student body is the third-largest in the state of Minnesota with over 15,000 students. There are two satellite campuses, one in the Twin Cities suburb of Edina and the other in Owatonna. The school is part of the Minnesota State Colleges and Universities System (MnSCU). Students are served by 600 full-time faculty members creating a 28:1 student to faculty ratio. Minnesota State Mankato currently offers 158 undergraduate programs of study, 82 graduate programs and is the first institution in the United States to offer a Master of Fine Arts degree in Forensics.

The school was founded in 1868 with an enrollment of only 27 students. The institution has the distinction of being the first public college in the United States to be headed by a woman, suffragette Julia Sears, in 1872. 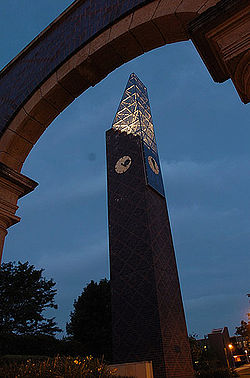 The Ostrander-Student Memorial Bell Tower stands in the MSU campus arboretum. Its construction was made possible by a donation from Lloyd B. Ostrander, a 1927 MSU graduate, his wife, Mildred, and donations from the MSU Student Association and other contributors. The Bell Tower was completed in 1989. 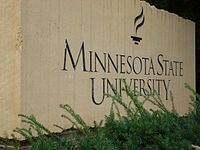 Minnesota State Mankato also confers Master's degrees in these areas, and is the first institution in the United States to offer a Master of Fine Arts degree in Forensics. Doctorate degrees are offered in Nursing Practice, Education and Psychology.

The university is accredited by 25 national accrediting agencies, including the North Central Association of Colleges and Schools.

Minnesota State Mankato offers a doctoral degree in school psychology (Psy.D.). The program accepted its first cohort in fall of 2008. Doctoral students in this program are trained in both psychology and education. This training emphasizes preparation in mental health and educational interventions, child development, learning, behavior, motivation, curriculum and instruction, assessment, consultation, collaboration, school law, and systems. Students with this degree can work in a variety of settings including:

Master of Arts Program in Industrial and Organizational Psychology

Minnesota State University offers an I/O Psychogy Master's Programs. In SIOP's (Society for Industrial and Organization Psychology) last rankings of MA/MS programs, Minnesota State Mankato's program ranked first in students' ratings, fifth in program resources, and 7th in program culture.[2] Students are able to present their research at the annual Midwest Psychology Conference in Owatonna, MN along with various other presentation opportunities around the United States.[3] The I/O Department also runs their own consulting company entitled The Organizational Effectiveness Research Group. Students are able to gain first hand experience working in this consulting firm while completing their degree. 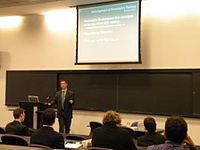 The Masters Degree in Experiential Education at Minnesota State University is the oldest graduate degree program in experiential education in the United States. The program is located in the Educational Leadership department and offers continually-increasing options for graduate students to explore their passions in experiential education. This program was originally started in 1971, as a joint venture between Minnesota State Mankato and Minnesota Outward Bound School (now apart of Outward Bound Wilderness). In addition to their classroom experiences, the program offers students an opportunity to develop experiences away from school through practicums, internships, field-based and project-based activities.

Each student attending MSU pays a fee of $0.43 per credit hour to sustain the Minnesota State University Student Association, a student led non-profit that advocates on behalf of all Minnesota State Mankato students.

The Music Department at Minnesota State offers four degree programs in Performance, Education, Music Industry, and a Bachelor's in Music, as well as a minor in music. The Department has seven performing student ensembles, The University Chorale, the Concert Choir, the Symphonic Wind Band, the Concert Wind Ensemble, the University Orchestra, the Jazz Mavericks Big Band, and the Jazz Lab Band. Students participate in a variety of other ensembles and musical experiences, including community groups. These ensembles are open to all MSU students.

The athletic teams are known as the Minnesota State Mavericks with school colors of purple and gold. More than 500 students participate each year in athletics each year for the University. It offers teams in men's and women's hockey and basketball, football, baseball, golf, women's swimming, track, cross country, women's tennis, wrestling, soccer, golf, volleyball, and softball. The men's and women's ice hockey teams both compete in the NCAA Division I Western Collegiate Hockey Association (WCHA), along with four other Minnesota-based college teams. Other university athletic teams began competing in the Northern Sun Intercollegiate Conference of NCAA Division II in 2008-09 following the disbandment of the North Central Conference. Minnesota State University has been the location of the summer training camp for the Minnesota Vikings National Football League team for over 40 years.

The Minnesota State women's basketball team won the 2009 NCAA Division II national championship with a 103–94 win over Franklin Pierce University on March 27, 2009 in San Antonio. The combined score of the game (197 points) established a championship tournament record for most points in a game by two teams. 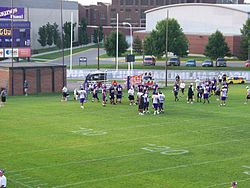 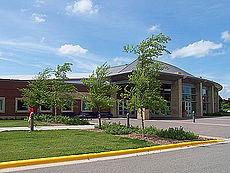