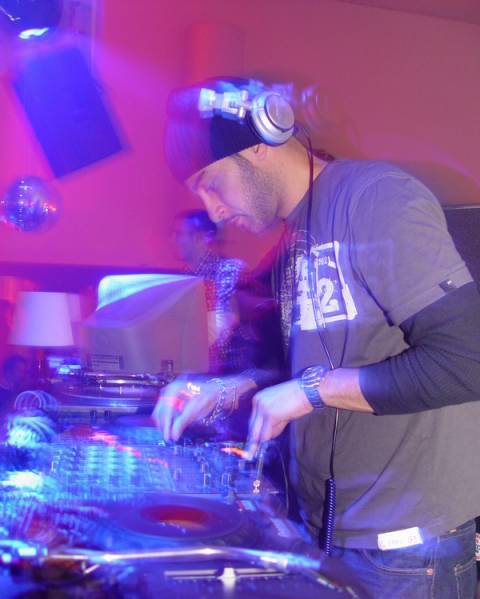 Van Helden was born in Boston in 1970 to an Indo (Dutch-Indonesian) father and a French-Lebanese mother but traveled around the world as a child, spending time in the , , , and as his father was a member of the U.S. Air Force. At the age of 13, he bought a and started DJing two years later.

He returned to Boston in 1988 but also moonlighted as a DJ in Boston clubs. He attended college in Boston. He quit his legal-review job in 1991 to work as a er under the management of Neil Petricone and X-Mix. He took up a DJ residency at the Loft, a top Boston nightclub at the time. He released his first official single, a mix of Deep Creed's "Stay On My Mind" through .

He released "Move It To the Left" (credited to ) in 1992 on the label, which became a moderate club hit and led to a string of singles released under several monikers for that label. His first track to make the Billboard chart was "Witch Doktor," which made the top 5 in 1994, and led to opportunities to remix acts such as , , , , and .

However, it was the "Professional Widow" remix that established him and became a dance hit around the world as well as a number-one hit in the UK. Unfortunately, Van Helden did not receive a penny for this remix because he presented it non-commissioned and, thus, was not entitled to compensationFact|Please cite this|date=September 2008. However, it led to work remixing , , , and Puff Daddy, as well as and , adding to his reputation as one of the world's top house-music musicians.

"Cha Cha" was another top-ten dance hit from his first album, "Old School Junkies", which was released in 1996, along with "The Funk Phenomena." A greatest-hits album appeared the next year, followed by a album later in 1997. "U Don't Know Me" was a number-two hit on the , a number one in the UK, and a top-20 single on the pop charts in and . The song was the breakout track from his "2Future4U" album, which was released stateside on Armand's own label, Armed Records.

Van Helden released the "Killing Puritans" album in 2000 (also on Armed Records), which contained the hit "Koochy." His single "Why Can't You Free Some Time" made it to number 34 in the UK in 2001. His "New York: A Mix Odyssey" album released in 2004 produced two hits: "Hear My Name," a collaboration with that reached number 7 on the Billboard dance chart, number 34 in the UK, and the top 40 in Australia; and "My My My", which reached number 4 on the world internet charts, number 5 in the Belgian and Dutch charts, number 6 in Australia, number 15 in the UK, and top 30 in the world dance charts.

Van Helden was the featured DJ in the [http://www.myspace.com/southernfriedrecords Southern Fried] tent at Get Loaded in the Park at on the August bank holiday in 2005. He treated concertgoers with an incredible mash-up set that is still spoken about today about being one of his best performances.fact|date=September 2008

In 2006, Armand re-released "My My My" featuring extra vocals from Tara Mcdonald, which reached number 12 on the UK Singles Charts.

Two of Armand Van Helden's songs, "My My My" (featuring a sample from 's "Comin' Apart") and the Dark Garage Mix of the ' "Spin Spin Sugar," are featured in "". He also edited music for . Helden's remix of 's "Sugar Is Sweeter" marked the birth of the short lived house music sub-genre called speed garage in 1997.Fact|date=August 2007 Speed garage was soon later reinvented as UK garage (or two step), which has since seen a renaissance of sorts under the moniker of niche/4x4 garage or bassline house.Fact|date=August 2007