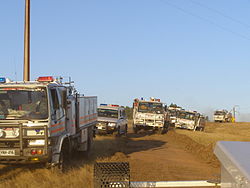 Country Fire Service appliances used by the CFS (or SACFS) in the state of South Australia are provided and funded by the South Australian Government, and by donations from the public. As the funding model of government funding is relatively new, the standard for SACFS appliances is still only new, and many appliances still exist that were built by the individual brigades. Because of this, almost all appliances are unique, and hence cannot be described simply. However, the SACFS has managed a standard naming convention of all SACFS appliances, and also a basic standard stowage of equipment that can be found on all appliances.

All SA Country Fire Service appliances have a call sign, which is the name of that appliance. This consists of the brigades name, usually the town it serves) and a keyword to describe the type of appliance. The appliance's call sign will be printed clearly on the side of appliance, and often on the back and roof of the appliance. (Appliances are more commonly known as trucks, and units (units being the name used by the EFS))

Most SACFS appliances have names based on their water capacity, and drivetrain. A 24 (Two Four) appliance carries 2000 litres of water, and is a 4 wheel drive chassis. The figures are for nominal water capacity, rather than the exact amount carried. Other, more specialised appliances are named after their purpose, such as Pumper, Rescue, Hazmat, or Tanker (BWC).

All Country Fire Service appliances are white, with fluorescent red and white striping (on older appliances), or red and gold chequering, called Sillitoe Tartan, on new appliances. Like all emergency vehicles in South Australia, all CFS appliances are fitted with red and blue flashing lights, with the exclusion of the Kyeema BWC. (Some appliances also have white flashing lights or traffic clearer's on the front).

SACFS appliances are set up with different stowage depending on what assets they protect, whether they are urban or rural, and whether they serve a special purpose (For example, Rescue stowage). Appliances will have a basic stowage which is then added to by the brigade for a specialised purpose, or to fit the type of appliance.

All rural appliances should have the following stowage: 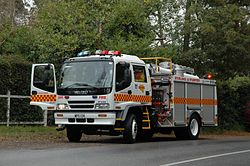 New chequering on the same appliance as above

Urban stowage is very similar to rural, with the addition of further "urban" equipment, for house fires, and vehicle fires. An urban appliance will also carry more of the larger hoses (38 mm and 64 mm). Urban standard stowage includes:

Appliances that are built for Road Crash Rescue must have a minimum set of rescue equipment, which includes:

In addition to the standard stowage, equipment on appliances may include:

The CFS has the following types of appliances in service:

The first number of the type is the category number while the second number indicates two or four wheel drive. 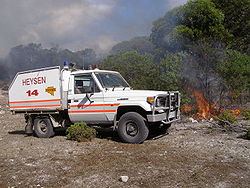 CFS 14. This little 14 is used to access difficult areas. 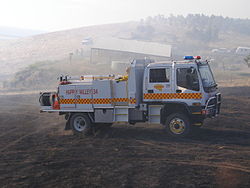 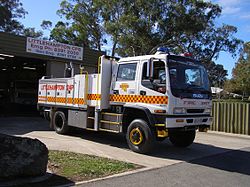 A 24p, designed for both rural and urban firefighting 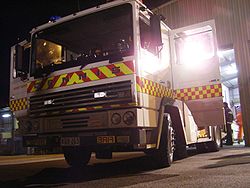 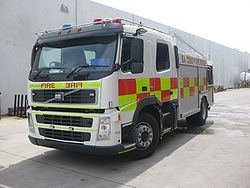 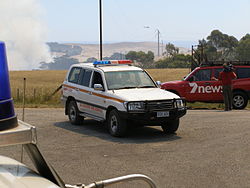 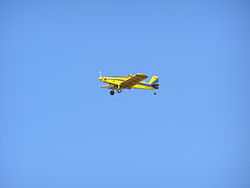