Charles Lee (February 6, 1732 – October 2, 1782) was a British soldier who later served as a General of the Continental Army during the American War of Independence. Lee served in the British army during the Seven Years War. After the war he sold his commission and served for a time in the Polish army of King Stanislaus II. In 1773 Lee, who had Whig views, moved to America and bought an estate in Virginia. When the fighting broke out in the American War of Independence in 1775 he volunteered to serve with rebel forces. Lee's ambitions to become Commander in Chief of the Continental Army were thwarted by the appointment of George Washington.

During 1776 forces under his command repulsed a British attempt to capture Charleston which boosted his standing with the army and Congress. Later that year he was captured by British cavalry under Banastre Tarleton and held as a prisoner until exchanged in 1778. During the indecisive Battle of Monmouth later that year, Lee led an assault on the British which miscarried. He was subsequently court-martialed and his military service brought to an end. He died in Philadelphia in 1782.

Lee was born in Cheshire, England, the son of General John Lee and Isabella Bunbury (daughter of Sir Henry Bunbury, 3rd Baronet). He was sent to school in Switzerland and became proficient in several languages. He returned to England in 1746 at the age of fourteen to attend grammar school at Bury St Edmunds. That same year his father, then Colonel of the 55th Foot (later renumbered the 44th), purchased a commission for Charles as an Ensign in the same regiment.

Seven Years' War and after

After completing his schooling, Lee reported for duty with his regiment in Ireland. He purchased a Lieutenant's commission in 1751. He was sent with the regiment to America in 1754 for service in the French and Indian War under Major General Edward Braddock. Lee was apparently not with the regiment when it suffered disastrous defeat at the Battle of the Monongahela in 1755. During this time in America, he married the daughter of a Mohawk Indian chief. His wife (name unknown) gave birth to twins. Lee was known to the Mohawks as Ounewaterika, or "Boiling Water".

Lee purchased a Captain's commission in the 44th in 1756. The following year he took part in an expedition against the French fortress of Louisbourg, and in 1758 he was wounded in a failed assault on Fort Ticonderoga. After recovering, he took part in the capture of Fort Niagara in 1759 and Montreal in 1760 which brought the war on the North American theatre to an end by completing the Conquest of Canada.

Lee went back to Europe, transferred to the 103rd Foot as a major, and served as a Lieutenant Colonel in the Portuguese army, fighting against the Spanish invasion of Portugal (1762) in which he distinguished himself under John Burgoyne at the Battle of Vila Velha.

He returned to England in 1763 following the Peace of Paris which ended the Seven Years' War. His regiment was disbanded and he was retired on half pay as a Major. In May 1772, although still inactive, he was promoted to Lieutenant Colonel.

In 1765 he fought in Poland, serving as an aide-de-camp under King Stanislaus II. After many adventures he came home to England. Unable to secure promotion in the British Army, in 1769 he returned to Poland and saw action in the Russo-Turkish War, and lost two fingers in a duel in which he killed his opponent. Returning to England once again, he found that he was sympathetic to the American colonists in their quarrel with Britain. He moved to the colonies in 1773 and purchased an estate in Virginia, in an area now part of West Virginia, which he named Prato Rio.

When war appeared inevitable, he volunteered his services to the colonies. He expected to be named Commander-in-Chief of the Continental Army, being the most experienced candidate. On the other hand, he was born in Britain, somewhat eccentric, slovenly in appearance, coarse in language, and perhaps most of all, he wanted to be paid: by joining the rebellion, he forfeited all his properties in England, and wanted to be compensated. George Washington, on the other hand, was sober, steady, calm, and best of all, would work without pay, asking only that the Continental Congress should cover his expenses. Washington also was a good political choice: a southern commander to pair with a primarily New England fighting force. Washington received the appointment, and Lee was offered the subordinate rank of Major General. Because of this, Lee had nothing but the utmost disdain for his superior. He once remarked, "Washington is not fit enough to command a Sergeant's Guard".[citation needed] Lee was often considered second in command of the Continental forces, although Artemas Ward, who was not in good health, officially held this position.

Lee also received various other titles: in 1776, he was named Commander of the so-called Canadian Department, although he never got to serve in this capacity. Instead, he was appointed as the first Commander of the Southern Department. He served in this post for six months, until he was recalled to the main army. During his time in the South, the British sent an expedition under Henry Clinton to recover Charleston, South Carolina. Lee oversaw the fortification of the city. A British assault on Sullivan's Island was driven off and Clinton then abandoned his attempts to capture the city.

When he arrived in New York to join General Washington and the main part of the Continental Army, Washington chose to show his appreciation of General Lee (who was a very popular general officer among not only the army, but Congress) by changing the name of Fort Constitution, which was located on the New Jersey side of the Hudson opposite Fort Washington, to Fort Lee.

Toward the end of 1776, Lee's animosity for Washington began to show. During the retreat from Forts Washington and Lee, he dawdled with his army, and intensified a letter campaign to convince various Congress members that he should replace Washington as Commander-in-Chief. Around this time, Washington was accidentally given and opened a letter from Lee to a Colonel Reed, in which Lee condemned Washington's leadership and abilities, and blamed Washington entirely for the dire straits of the Army. Though he was the victim of the letter, Washington was not angry. He was suspicious and disappointed at both Lee and himself, Washington being inclined to take much responsibility and little credit for himself.[citation needed] He sent the letters to Reed and wrote an accompanying letter apologizing for the mistake.

Although his army was supposed to join that of Washington's in Pennsylvania, Lee set a very slow pace. On the night of December 12, Lee and a dozen of his guard inexplicably stopped for the night at White's Tavern in Basking Ridge, New Jersey, some three miles from his main army. The next morning, a British patrol of two dozen mounted soldiers found Lee writing letters in his dressing gown, and captured him. Among the members of the British patrol was Banastre Tarleton. Lee returned to service after he was exchanged for General Richard Prescott. 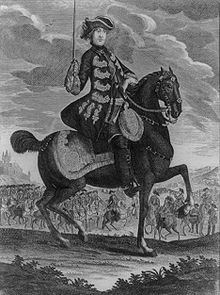 Lee is most notorious for his actions during the Battle of Monmouth. Washington needed a secondary commander to lead the frontal assault. He unwillingly chose to put Lee in charge as he was the most senior of his generals. Washington ordered him to attack the retreating enemy, but instead, Lee ordered a retreat. He retreated directly into Washington and his troops, who were advancing, and Washington dressed him down publicly. Lee responded with "inappropriate language" (insubordination), was arrested, and shortly thereafter court-martialed. Lee was found guilty, and he was relieved of command for a period of one year.

It is not clear that Lee had made a bad strategic decision: he believed himself outnumbered (which he in fact was: British commander Sir Henry Clinton had 10,000 troops to Lee's 5,440), and that a retreat was reasonable. However, he disobeyed his orders, and he publicly expressed disrespect to his Commander-in-Chief. Furthermore, Washington had wanted to test the abilities of Lee's troops, since they were among the first to be trained in European tactics by Baron von Steuben.

Treachery may have been the reason for Lee's retreat at the Battle of Monmouth. While Lee had been held prisoner by the British General Sir William Howe, 5th Viscount Howe in March, 1777, Lee drafted a plan for British military operations against the Americans. At the time, Lee was under a threat of being tried as a deserter from the British Army, because he hadn't resigned his British commission as Lieutenant-Colonel until several days after he accepted an American commission. The plan in Lee's handwriting was found in the Howe family archives in 1857.

Lee tried to get Congress to overturn the court-martial's verdict, and when this failed, he resorted to open attacks on Washington's character. Lee's popularity plummeted then. Colonel John Laurens, an aide to Washington, challenged him to a duel, one in which Lee was wounded in his side. He was released from his duty on January 10, 1780. He retired to Philadelphia, Pennsylvania, where he died.

Lee was very fond of dogs, and was seldom seen without half a dozen at his heels.[1]

Fort Lee, New Jersey, on the New Jersey side of the Hudson river, across the river from Fort Washington, was named for him, as were Lee, Massachusetts, Lee, New Hampshire and Leetown, West Virginia.