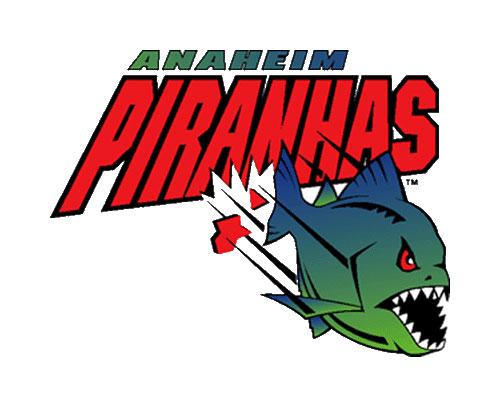 The Las Vegas Sting was a team which competed in the during the 1994 and 1995 seasons. Their home games in 1994 were played in the , and they were moved to the on the campus of the for the 1995 season. The team was relocated to prior to the start of the 1996 season, at which time it was renamed the Anaheim Piranhas.

The Sting competed in the 1994 and 1995 seasons of before relocating to Anaheim prior to the 1996 campaign. The Piranhas played their home games at Arrowhead Pond, also the home of the Mighty Ducks of Anaheim of the . The team was not an overwhelmingly successful draw in the high-overhead market and folded after the conclusion of the 1997 season. The team's folding is partially because the team's owner, David Baker, became commissioner, and had to focus on running the league as a whole.

The Sting hosted the in a nationally-televised game on , , the same day led Los Angeles police on the most closely watched pursuit in American history.