History of the periodic table

History of the periodic table

The history of the periodic table reflects over a century of growth in the understanding of chemical properties, and culminates with the publication of the first actual periodic table by Dmitri Mendeleev in 1869.[1] While Mendeleev built upon earlier discoveries by such scientists as Antoine-Laurent de Lavoisier and Stanislao Cannizzaro, the Russian scientist is generally given sole credit for development of the actual periodic table itself.

The table itself is a visual representation of the periodic law which states that certain properties of elements repeat periodically when arranged by atomic number. The table arranges elements into vertical columns (groups) and horizontal rows (periods) to display these commonalities.

People have known about some chemical elements like gold, silver and copper from antiquity, as these can all be discovered in nature in native form and are relatively simple to mine with primitive tools.[2] However, the notion that there were a limited number of elements from which everything was composed originated with the Greek philosopher Aristotle. About 330 B.C Aristotle proposed that everything is made up of a mixture of one or more of four "roots" (originally put forth by the Sicilian philosopher Empedocles), but later renamed elements by Plato. The four elements were earth, water, air and fire. While the concept of an element was thus introduced, Aristotle's and Plato's ideas did nothing to advance the understanding of the nature of matter.

Hennig Brand was the first person recorded to have discovered a new element. Brand was a bankrupt German merchant who was trying to discover the Philosopher's Stone — a mythical object that was supposed to turn inexpensive base metals into gold. He experimented with distilling human urine until in 1649[3] he finally obtained a glowing white substance which he named phosphorus. He kept his discovery secret, until 1680 when Robert Boyle rediscovered it and it became public. This and related discoveries raised the question of what it means for a substance to be an "element".

In 1661 Boyle defined an element as a substance that cannot be broken down into a simpler substance by a chemical reaction. This simple definition actually served for nearly 300 years (until the development of the notion of subatomic particles), and even today is taught in introductory chemistry classes. 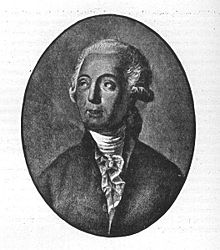 Lavoisier's Traité Élémentaire de Chimie (Elementary Treatise of Chemistry, 1789, translated into English by Robert Kerr) is considered to be the first modern chemical textbook. It contained a list of elements, or substances that could not be broken down further, which included oxygen, nitrogen, hydrogen, phosphorus, mercury, zinc, and sulfur. It also forms the basis for the modern list of elements. His list, however, also included light and caloric, which he believed to be material substances. While many leading chemists of the time refused to believe Lavoisier's new revelations, the Elementary Treatise was written well enough to convince the younger generation. However, as Lavoisier's descriptions only classified elements as metals and non-metals, it fell short of a complete analysis.

In 1817, Johann Wolfgang Döbereiner began to formulate one of the earliest attempts to classify the elements. He found that some elements formed groups of three with related properties. He termed these groups "triads". Some triads classified by Döbereiner are:

By 1869,[3] a total of 63[3] elements had been discovered. As the number of known elements grew, scientists began to recognize patterns in the way chemicals reacted and began to devise ways to classify the elements.

Alexandre-Emile Béguyer de Chancourtois, a French geologist, was the first person to notice the periodicity of the elements — similar elements seem to occur at regular intervals when they are ordered by their atomic weights. He devised an early form of periodic table, which he called the telluric helix. With the elements arranged in a spiral on a cylinder by order of increasing atomic weight, de Chancourtois saw that elements with similar properties lined up vertically. His chart included some ions and compounds in addition to elements. His paper was published in 1862, but used geological rather than chemical terms and did not include a diagram; as a result, it received little attention until the work of Dimitri Mendeleev.[5]

John Newlands was an English chemist who in 1865 classified[6][7] the 56 elements that had been discovered at the time into eleven groups which were based on similar physical properties.

Newlands noted that many pairs of similar elements existed which differed by some multiple of eight in atomic weight. However, his law of octaves, likening this periodicity of eights to the musical scale, was ridiculed by his contemporaries. It was not until the following century, with Gilbert N. Lewis' valence bond theory (1916) and Irving Langmuir's octet theory of chemical bonding[8][9] (1919) that the importance of the periodicity of eight would be accepted.

Dimitri Mendeleev, a Russian chemist, was the first scientist to make a periodic table much like the one we use today. Mendeleev arranged the elements in a table ordered by atomic weight, corresponding to relative molar mass as defined today. It is sometimes said that he played "chemical solitaire" on long train journeys using cards with various facts of known elements.[10] On March 6, 1869, a formal presentation was made to the Russian Chemical Society, entitled The Dependence Between the Properties of the Atomic Weights of the Elements. His table was published in an obscure Russian journal but quickly republished in a German journal, Zeitschrift für Chemie (Eng., "Chemistry Magazine"), in 1869. It stated:

This version of Mendeleev's periodic table from 1891. It is lacking the noble gases

Unknown to Mendeleev, Lothar Meyer was also working on a periodic table. Although his work was published in 1864, and was done independently of Mendeleev, few historians regard him as an equal co-creator of the periodic table. For one thing, Meyer's table only included 28 elements. Furthermore, Meyer classified elements not by atomic weight, but by valence alone. Finally, Meyer never came to the idea of predicting new elements and correcting atomic weights. Only a few months after Mendeleev published his periodic table of all known elements (and predicted some new elements to complete the table, plus some corrected atomic weights), Meyer published a virtually identical table. While a few people consider Meyer and Mendeleev the co-creators of the periodic table, most agree that, by itself, Mendeleev's accurate prediction of the qualities of the undiscovered elements lands him the larger share of credit. In any case, at the time Mendeleev's predictions greatly impressed his contemporaries and were eventually found to be correct. An English chemist, William Odling, also drew up a table that is remarkably similar to that of Mendeleev, in 1864.

Refinements to the periodic table

Thus Moseley placed argon (Z=18) before potassium (Z=19) based on their X-ray wavelengths, despite the fact that argon has a greater atomic weight (39.9) than potassium (39.1). The new order agrees with the chemical properties of these elements, since argon is a noble gas and potassium an alkali metal. Similarly, Moseley placed cobalt before nickel, and was able to explain that tellurium occurs before iodine without revising the experimental atomic weight of tellurium (127.6) as proposed by Mendeleev.

Moseley's research also showed that there were gaps in his table at atomic numbers 43 and 61 which are now known to be Technetium and Promethium, respectively, both radioactive and not naturally occurring. Following in the footsteps of Dmitri Mendeleev, Henry Moseley also predicted new elements.

During his Manhattan Project research in 1943 Glenn T. Seaborg experienced unexpected difficulty isolating Americium (95) and Curium (96). He began wondering if these elements more properly belonged to a different series which would explain why the expected chemical properties of the new elements were different. In 1945, he went against the advice of colleagues and proposed a significant change to Mendeleev's table: the actinide series.

Seaborg's actinide concept of heavy element electronic structure, predicting that the actinides form a transition series analogous to the rare earth series of lanthanide elements, is now well accepted in the scientific community and included in all standard configurations of the periodic table. The actinide series are the second row of the f-block (5f series) and comprise the elements from Actinium to Lawrencium. Seaborg's subsequent elaborations of the actinide concept theorized a series of superheavy elements in a transactinide series comprising elements 104 through 121 and a superactinide series inclusive of elements 122 through 153.

The periodic table as a cultural icon

A periodic table made of tiles

In 1998, a 35-by-65 foot periodic table was constructed at the Science Museum of Virginia and is a Guinness World Record.[12]